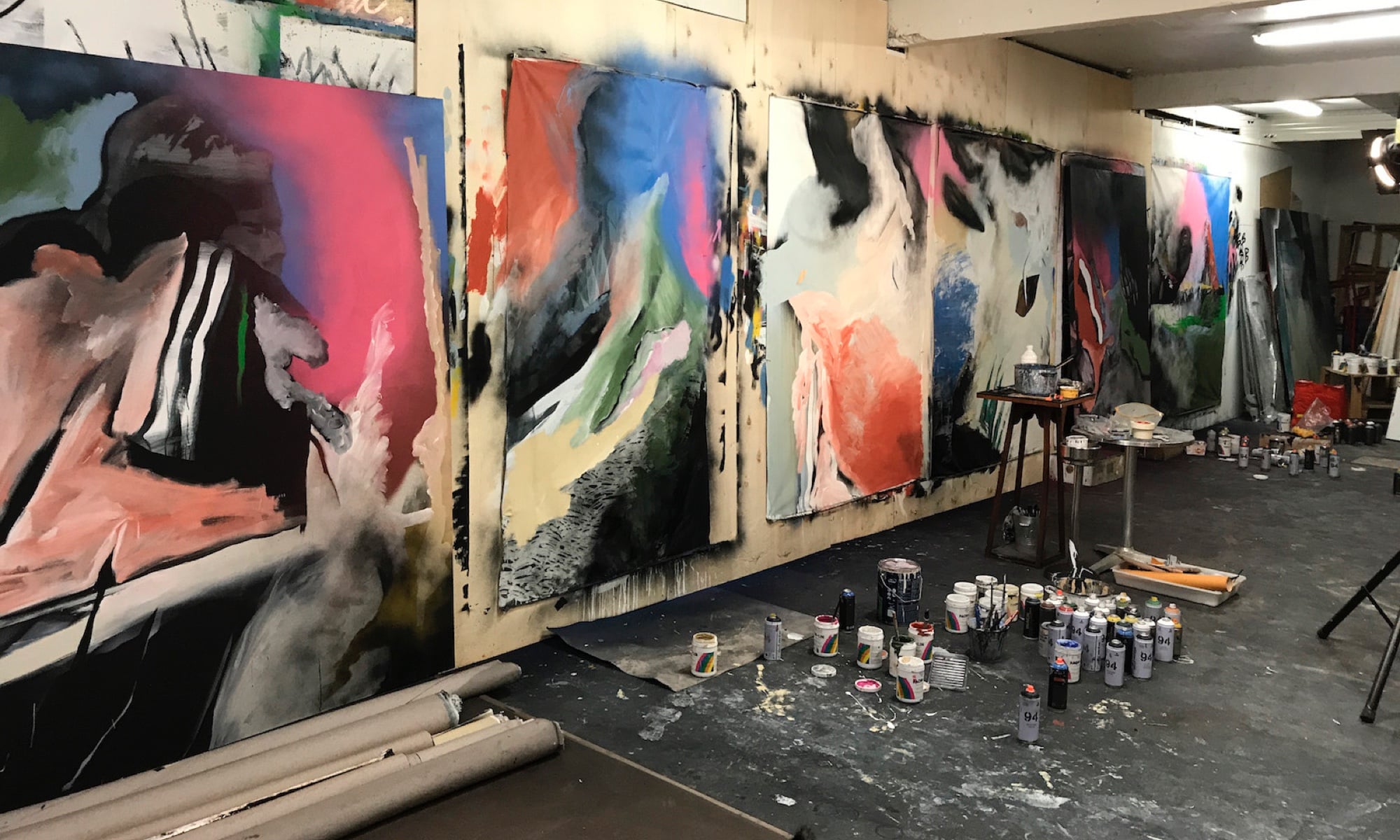 Belgian painter and illustrator from Brussels, it is at the age of 15 that Arnaud Kool started his artistic studies at Saint-Luc followed by La Cambre. During this time he also enjoyed painting in the streets and in 2008, he decided to move to a studio. Alone in front of his canvas with clearly defined surfaces, the change in his work was radical. “Abstract painting allowed me to break with the recurring themes of graffiti,” the artist says: the colors were more vivid and the paintings were very different from the figurative style of the characters he normally created in the streets.

In 2009, Charles Antoine Bodson and Cedric Emelinckx present Arnaud Kool to the world. For his first exhibition, he shares a completely different style with his audience. He defines his style as instinctive and closer to the figurative, which he judges to be at times naïve and anecdotal, but with an abstract approach to his art, it forced him to think outside of the box, leaving space for the mysterious, the anonymous and the unusual. Through characters more or less defined, both the abstract and the concrete can be found all on one canvas, the rhythm and contrasts all ever so striking.

Arnaud Kool’s second exhibition takes place in 2012 at the Bodson gallery, and after three years of work at the Ateliers Coppens (Coppens’ Studio), where Arnaud gets reacquainted with graffiti, he presents a new body of work. Today numerous collaborations are underway, including one with the Maison Delvaux (Delvaux House). 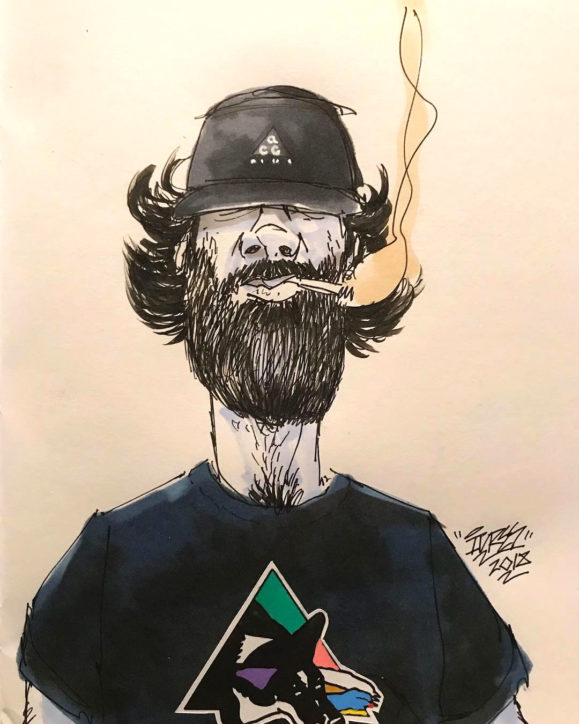 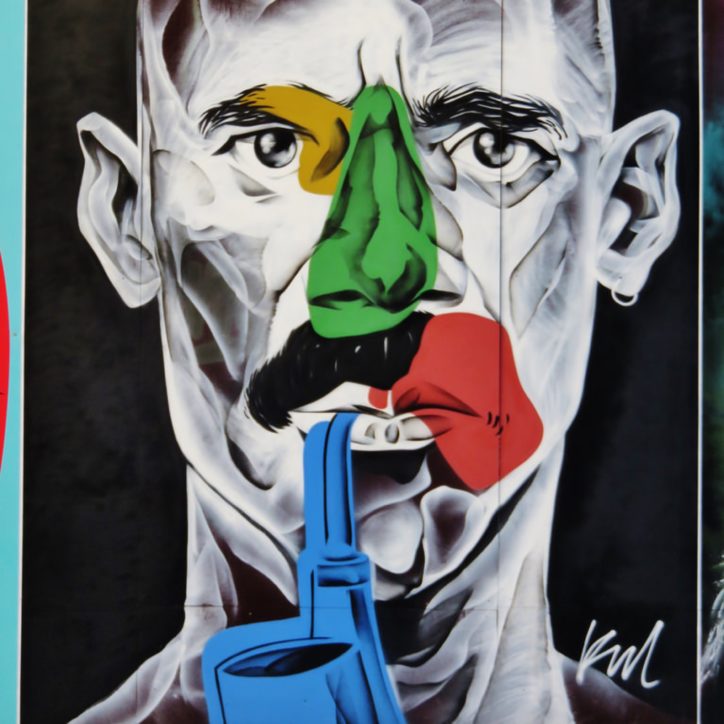 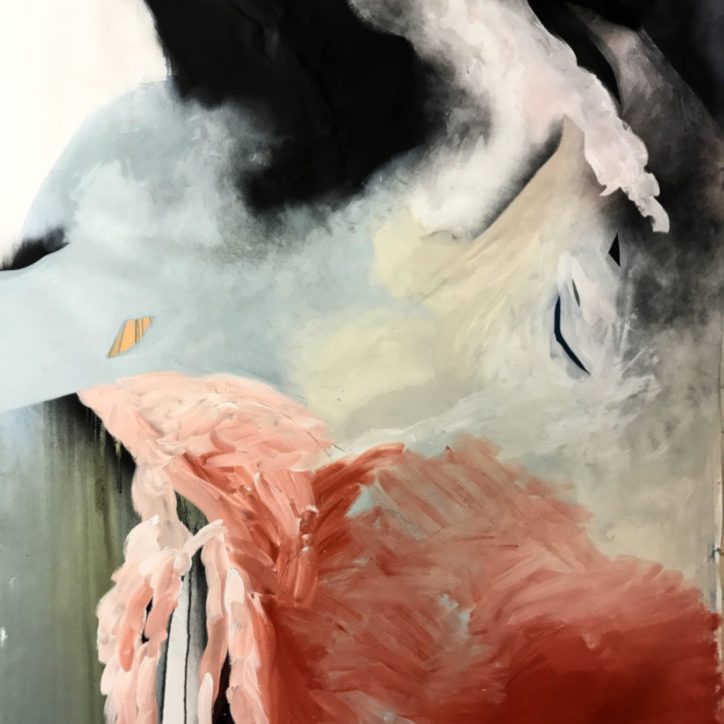 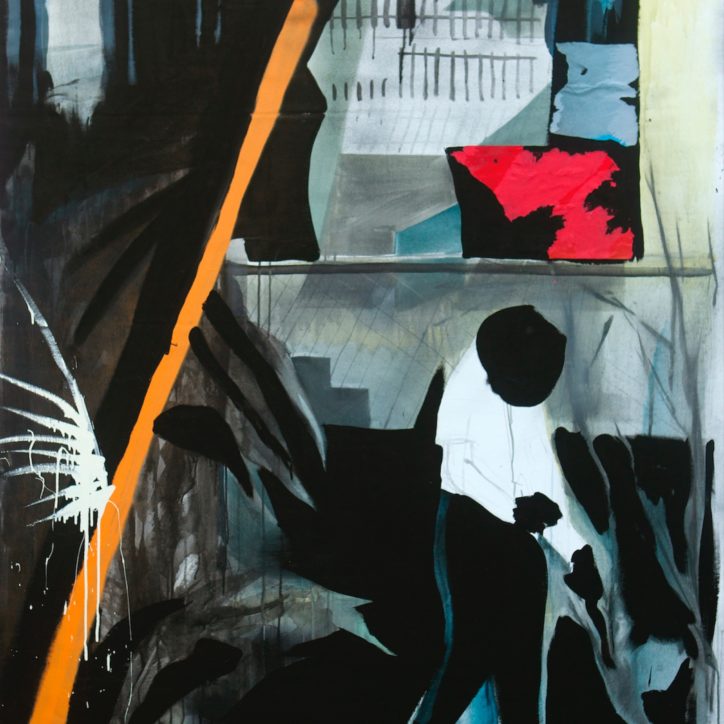