Sculptor, painter and photographer, Katre appropriates the space in which he intervenes to transform and give life to disused places. The artist silkscreens his black and white photographs on aluminum or glass and applies geometric, colorful and explosive flashes of paint. His installations, which merge with the places he invests, mix photography, painting, neon lights, straps and rubble, inviting the viewer to a truly immersive experience.

He has been interested in comics, photography and drawing since her early years. At the beginning of the 1990s, he discovered graffiti and became passionate about this practice, which allowed him to express himself outdoors and exploit all kinds of surfaces. Between 1998 and 2005, he gets involved in the associative environment with the association "Steus" and his activities oscillate between the realization of frescoes and the animation of graffiti workshops.

Intrigued by vacant lots and abandoned spaces, he devoted his master's degree in plastic art in 2003 to the Molitor swimming pool in Paris. In 2005, he continued his research by signing the book "Hors du temps" (ed Colorszoo), which brings together some fifty urban artists working in disused spaces. His passion leads him to walk the roads in search of these industrial wastelands while continuing to paint Parisian walls. In 2012 he will publish a second book: "Hors du temps 2" (ed Pyramyd) which will become a new reference in the French street art world. 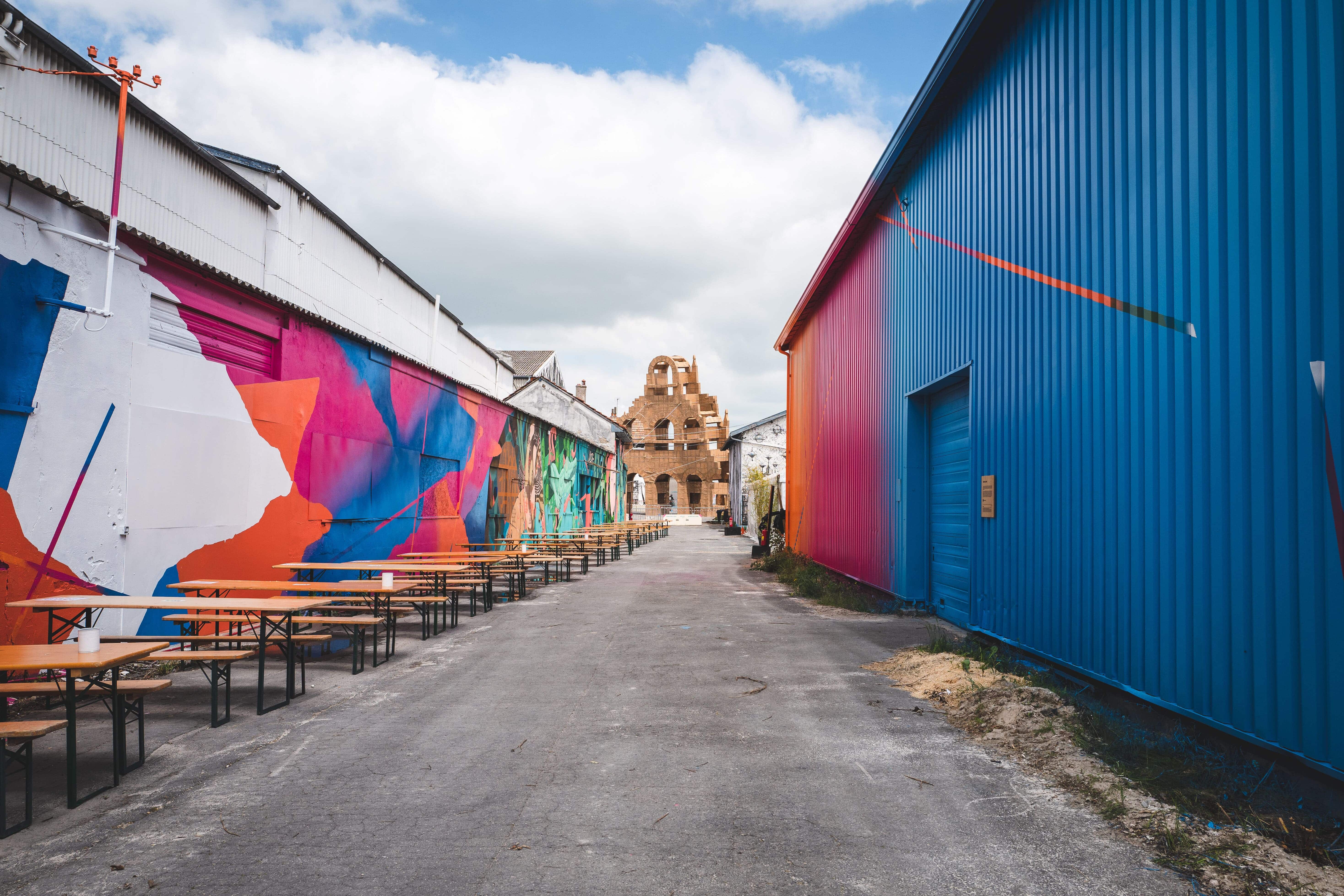 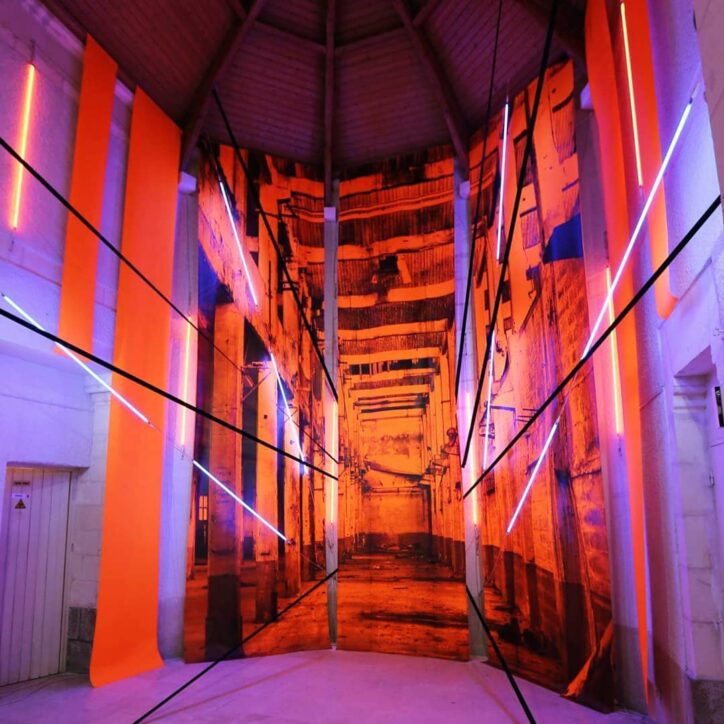 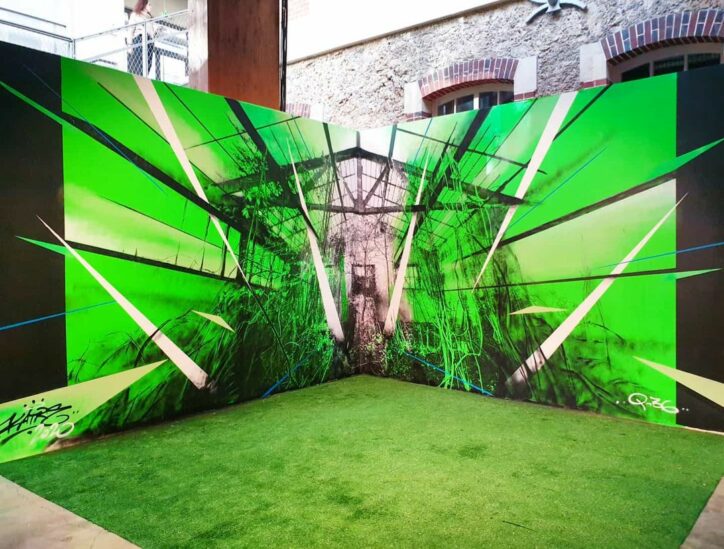 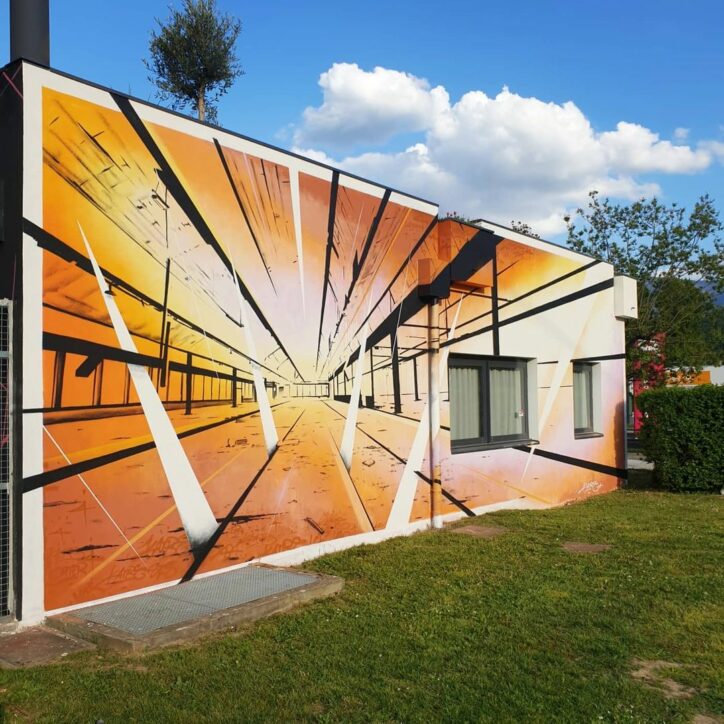