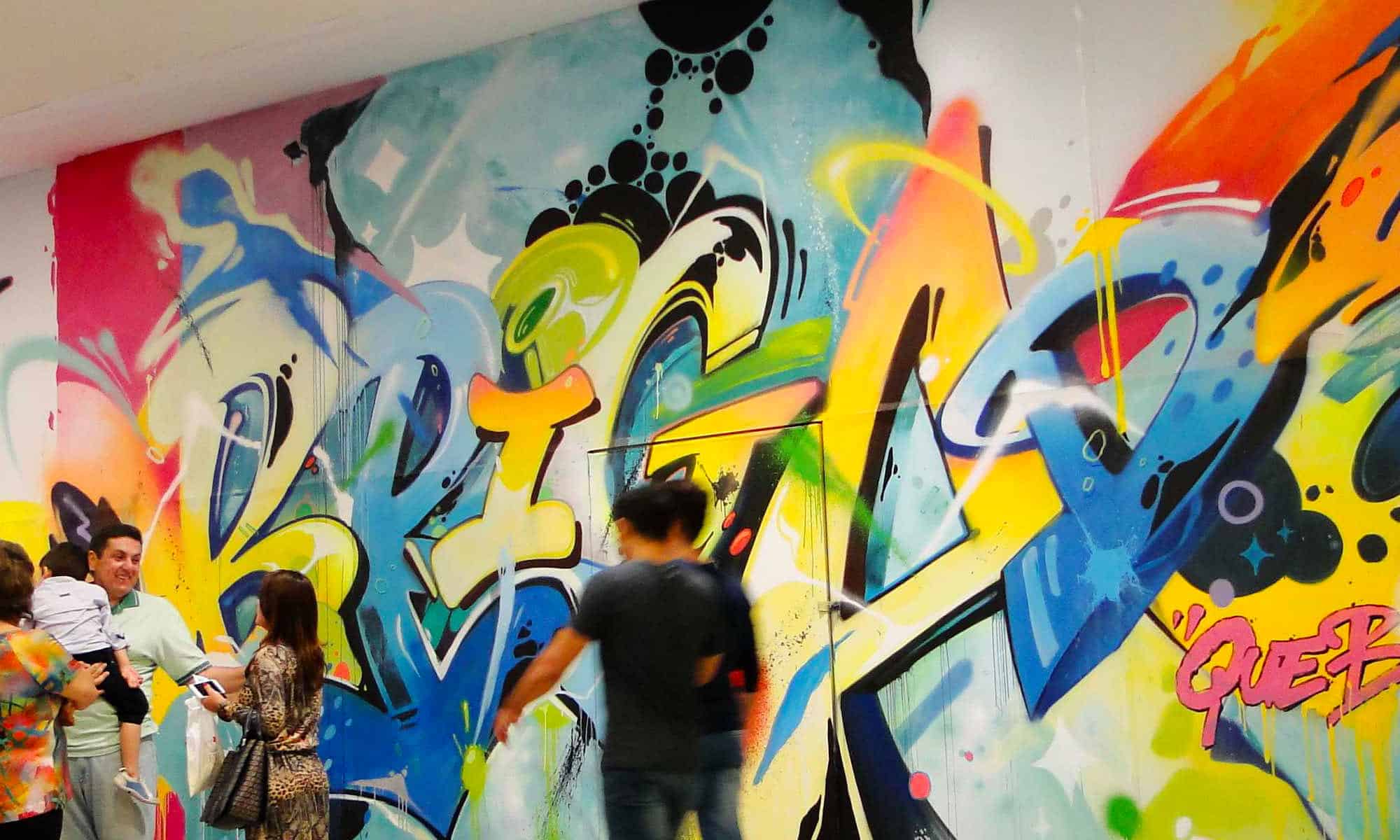 Kendo was born in Paris in 1979, where he grew up deciphering the tags of his neighborhood. At a very young age, he discovered his city and freedom through skateboarding, tagging, as well as the metro, which opened the doors of travel for him.

While supporting a master's degree in visual arts, he founded the "Peinture Fraiche" collective in the early 2000s to meet public and private commissions, allowing him to familiarize himself with large-scale format and work in public space.

Fascinated by calligraphy and abstraction, he made in these cities beautiful encounters refining his style.

Thanks to his 25 years of practice, his instinctive mastery of the letter and his tools give him an ease that can be felt in the spontaneity of his gesture, revealing his admiration for his masters: Georges Mathieu, Shu Teh Chun, ...

His aim is to breath life and poetry into an often grey and aseptic urbanization. Thus, armed with generous shapes with sparkling and luminous colors, inspired by Brazilian nights and nourished by numerous travels around the world as well as astronomy, his work plunges us into a psychedelic carnival during the day and a universe with a thousand reflections when night comes. 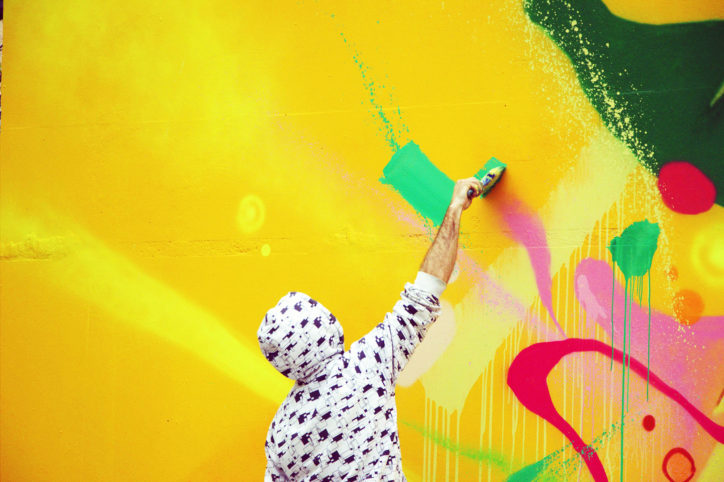 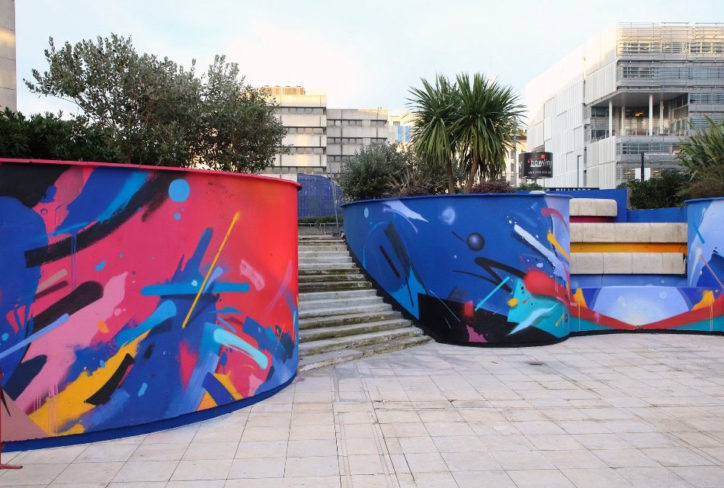 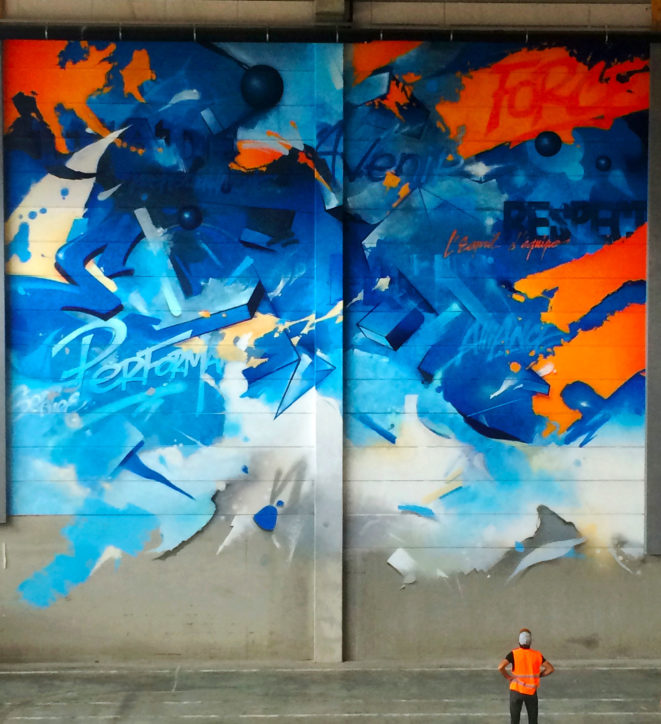 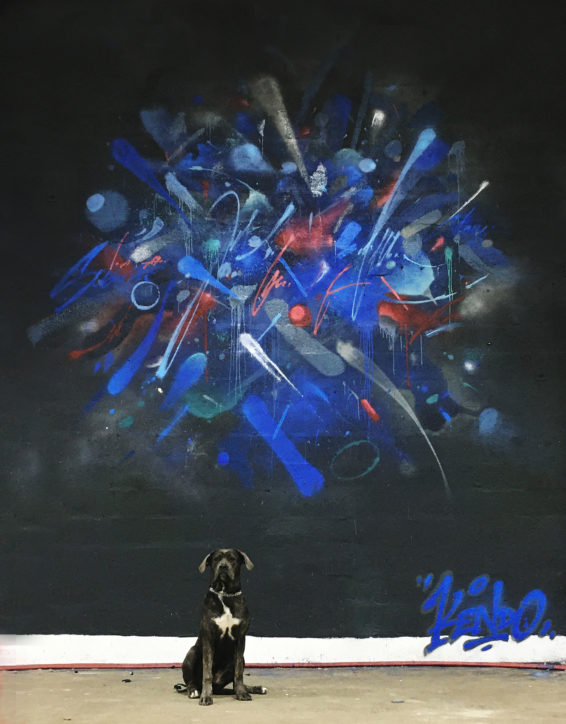 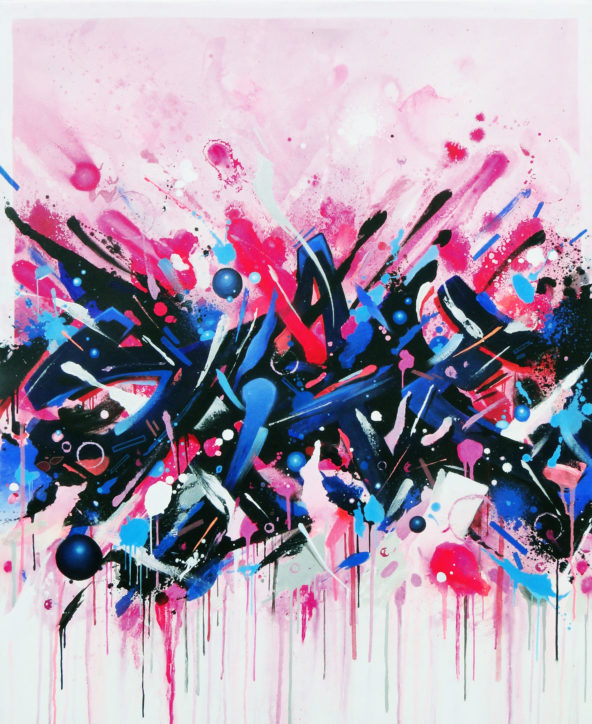 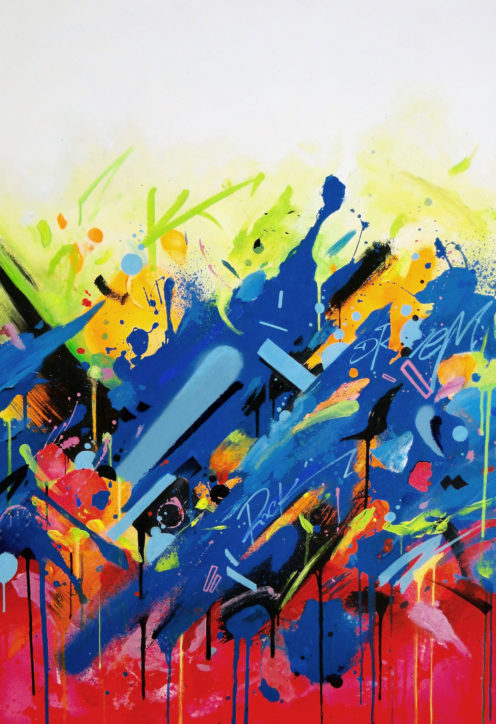