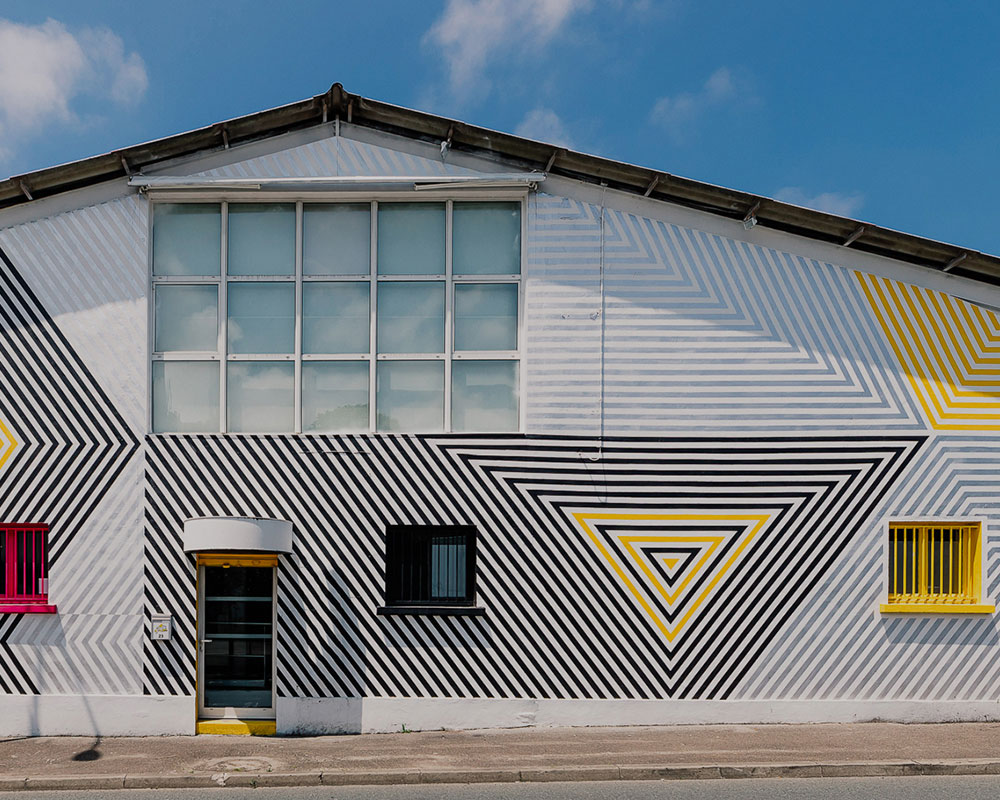 It is a journey through materials and techniques that Lx One, whose real name is Alex Bloch (born in Strasbourg in 1979), has patiently led since his beginnings some twenty years ago. Integrating the digital tool to his research and exploration of forms and renderings, he shapes the materials, metal, wood, paper, canvas, acrylic, spray, ink, sand, concrete. By reworking by hand, by re-cutting and reassembling the elements produced, he then shapes a millimetre concept in a juxtaposition of tests and attempts until he obtains the idea that he pursues as that, recurrent, to bring out a 3rd dimension from a flat surface.

For his works in situ, in places that have pre-existed his intervention, Lx One respects the main rules of the installation whether it is ephemeral or not: taking into account the immediate environment, the space, the history of the place in order to create a dialogue between the context, the work itself (as Daniel Buren would say) and the viewer, the one who looks at the new whole. Playing with perspectives, vanishing lines, visual codes and perception becomes the ultimate way to arrange a form of visual poetry, abstract and purely graphic. Beyond the signature, it is a gesture that is multiplied, integrating research and randomness in the work to provide a singular and recognizable work among all.

To the technological character of his creative process, respond the influences of nature, of its changing and elusive beauty. To the incredible diversity of lights on the ocean, the mountain and even on some buildings that some would consider derisory and without interest, Lx One proposes an apparent but fragile order with its rectilinear forms, but always modified by the irregularity of a material, its resistance to the process of production or the simple tremor of its own hand. 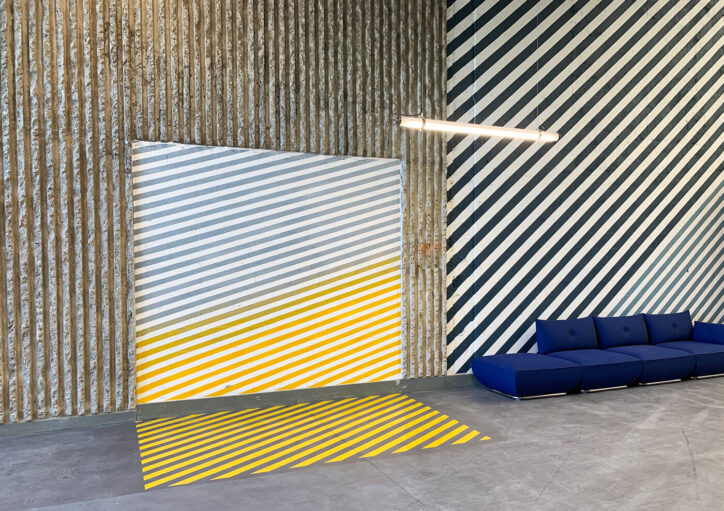 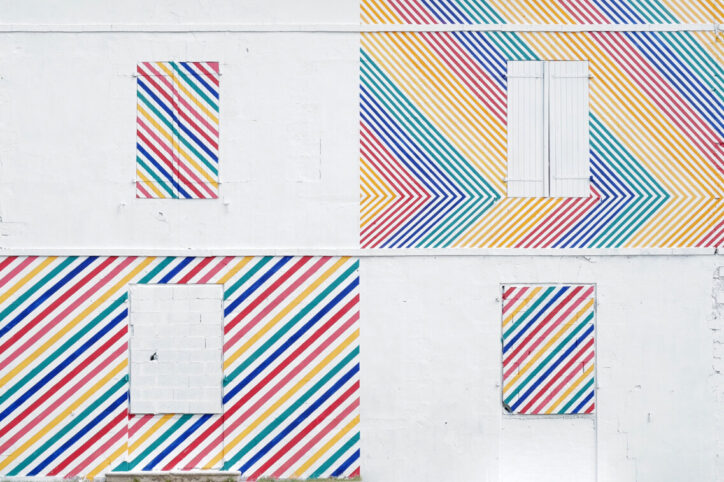 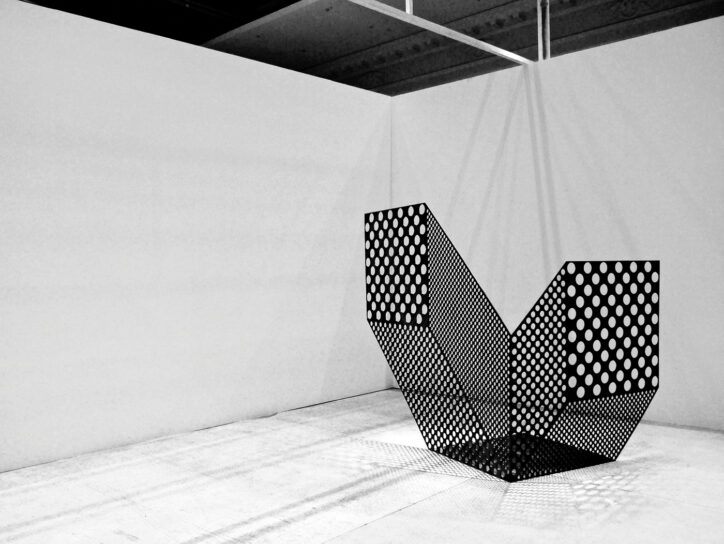 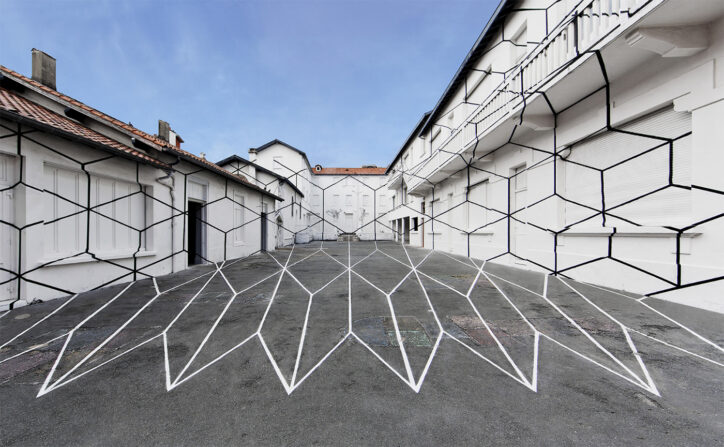 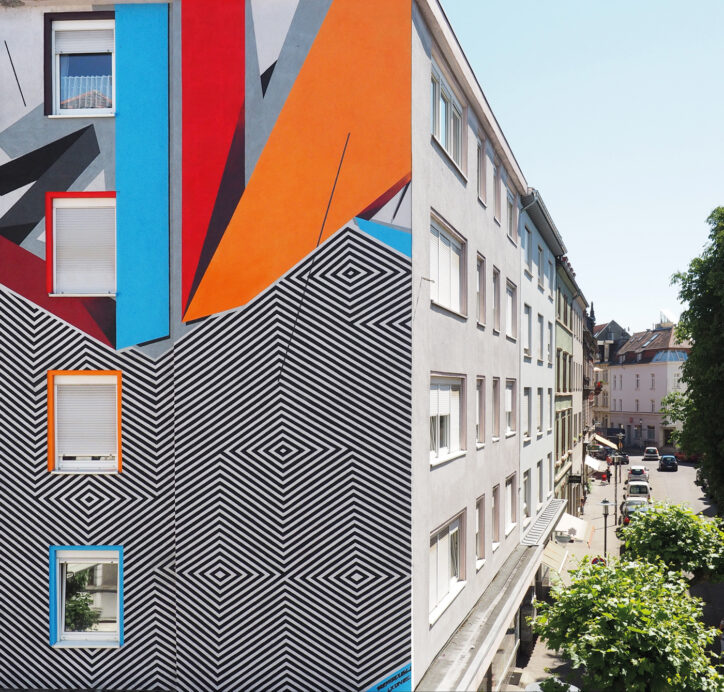 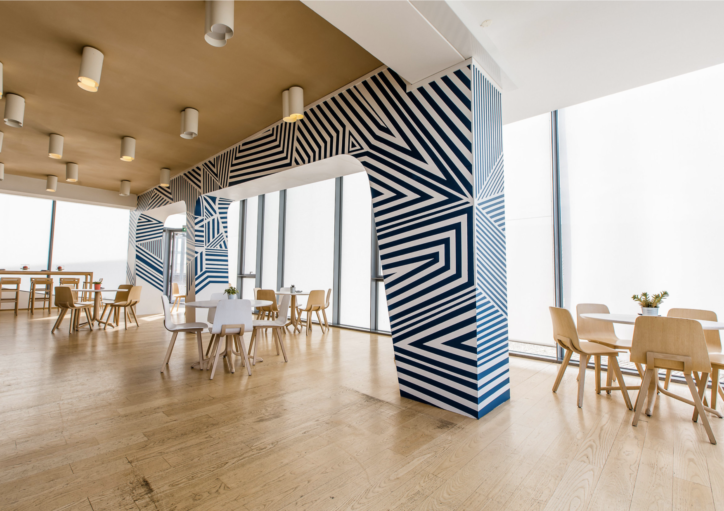