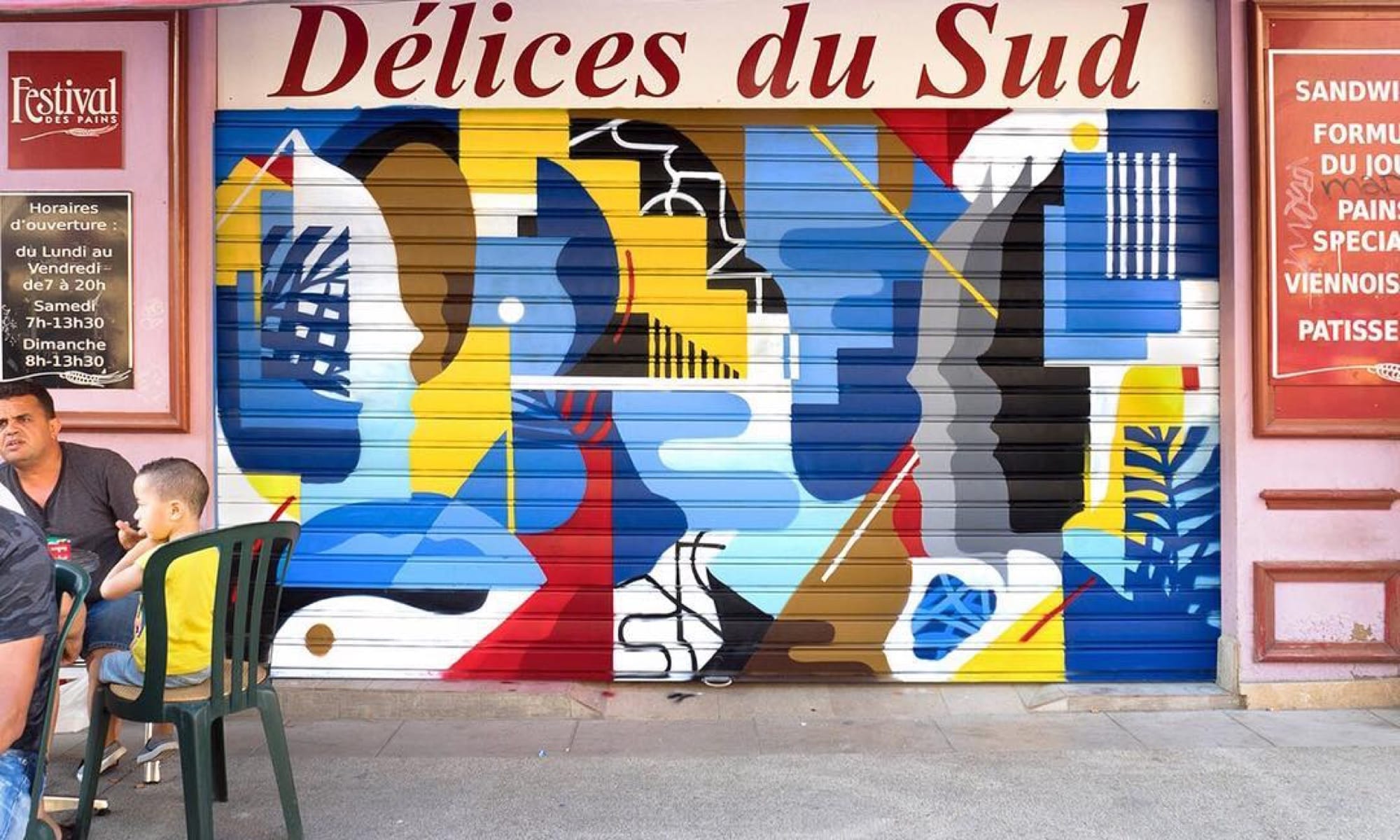 From 2000 to 2010, his life followed the rhythms of graffiti forays and studies. Starting from classic lettering work, Polar’s style gradually became more figurative, even naïve by 2012. His Bojos appeared, those unmistakable characters with their long strides, always looking a bit lazy under the Montpellier sun. Bursting with energy, stimulated by interactions with the locals around these Bojos, Polar cultivated the art of humor and a taste for vibrant, explosive colors. Yet, wanting to give ever freer rein to his imagination, his art shifted increasingly toward the abstract. And he drew inspiration from masters like Julio Le Parc, fortuitous encounters, and traveling: always farther away and for longer and longer periods.

Today, the almost inexistent letters reveal poetic and sensitive compositions, the illustrative has ceded place to pared down geometric shapes. Subtly, he recomposes the memories of his journey, giving a large place to Nature and the rich plant life he has observed. Far from being static, his nature rolls out in waves of perfect roundness, from visual nappes to contemporary psychedelics. His artwork show a mastery of color and gradation as they recount strands of a life, sometimes very personal, almost spiritual.

So here is Polar today: heir to landscape painting. This genre, recognized late in the history of art, has been revitalized by a young artist who has freed himself from spatiotemporal references, the pull of gravity, standardized reality. His latest voyage, experienced deeply as an aesthetic wonder, has prompted Polar to invent his own visual language even to reconsider his position as a painter in urban spaces. Beyond its narrative power, painting is for Polar a vector of cohesion and social exchange, a meeting point for different cultures and people, for locals and the just-passing-through. Admirer of travel writers like Titouan Lamazou and Bruce Chatwin, he strives to make visible the ineffable mysteries that are encountered on a journey: the discovery of self in the unknown and the delicacy of the present moment. The result: an identity confirmed, serene and free. 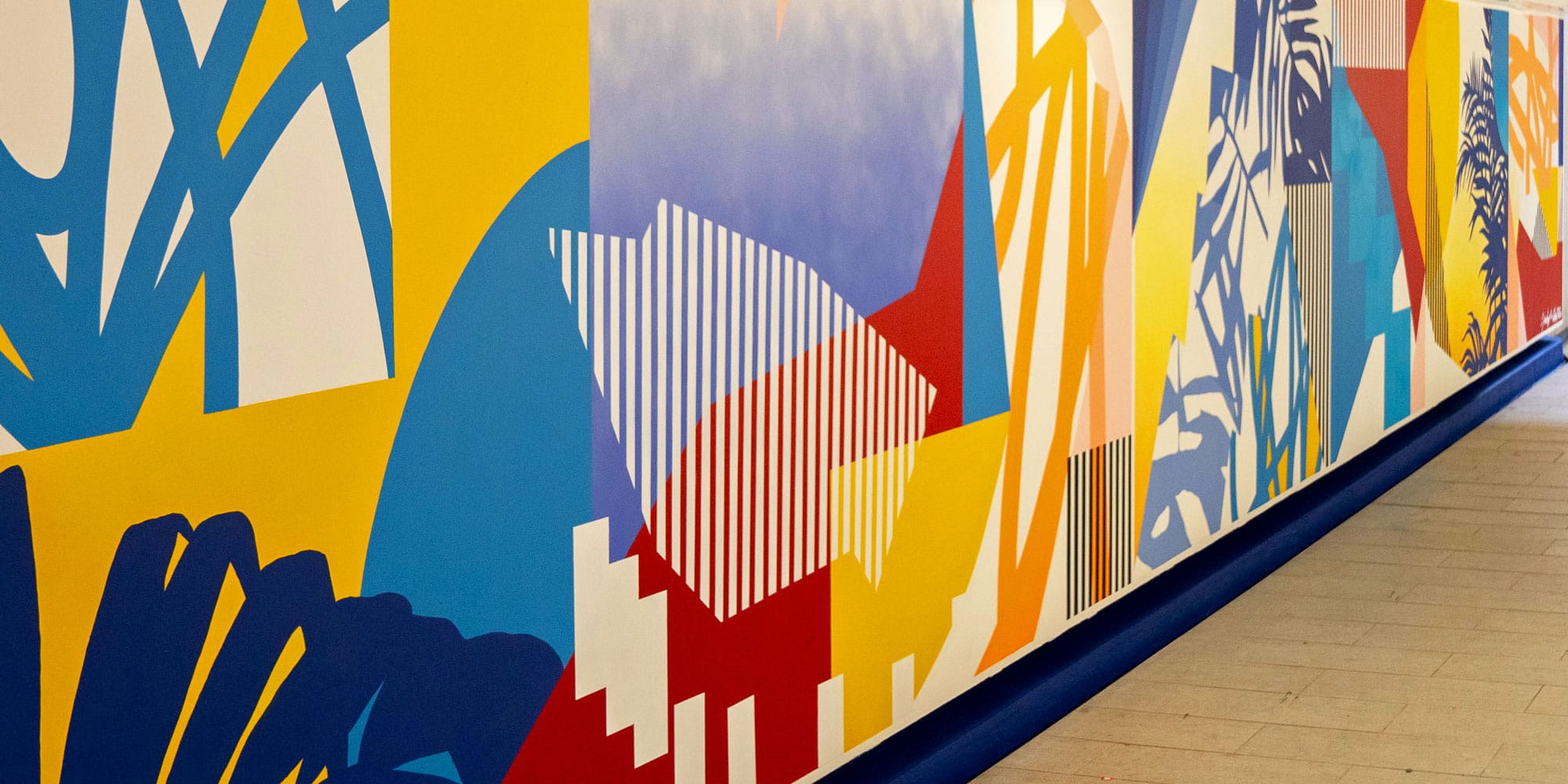 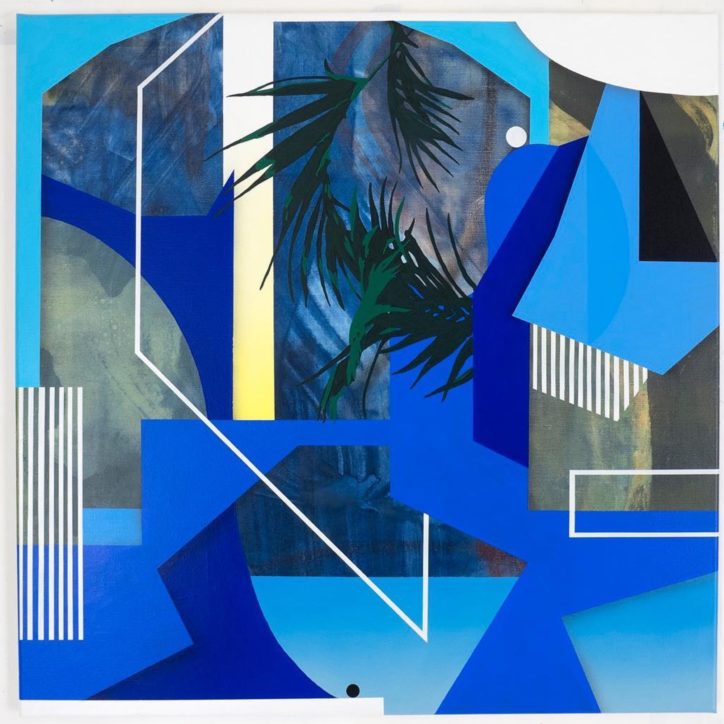 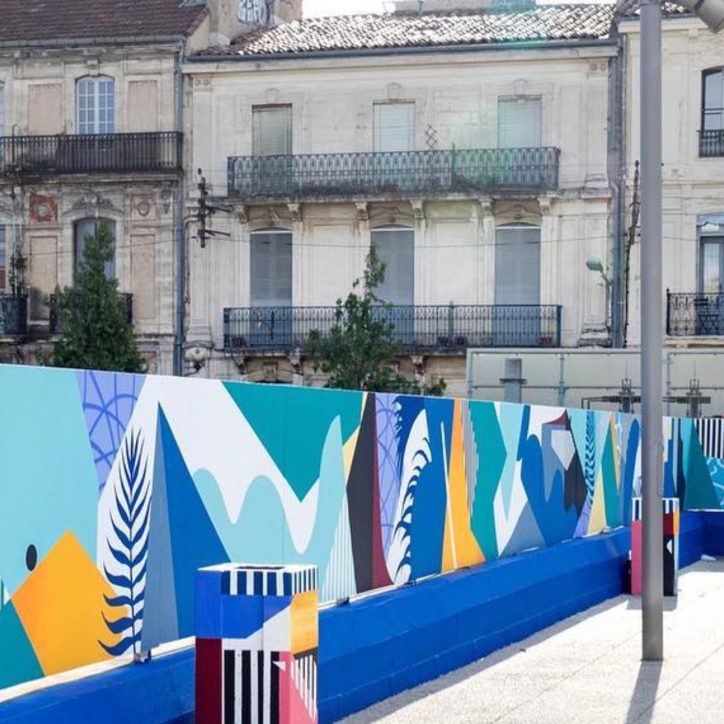 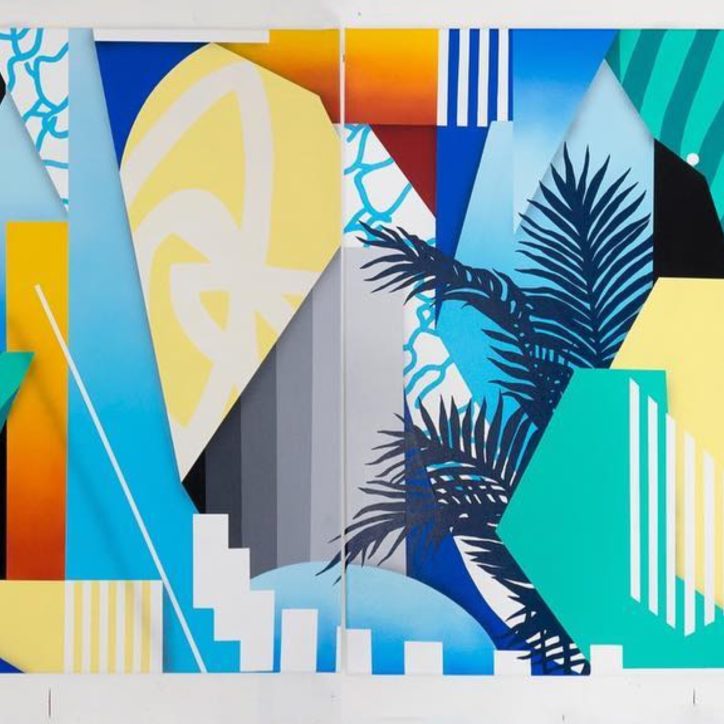 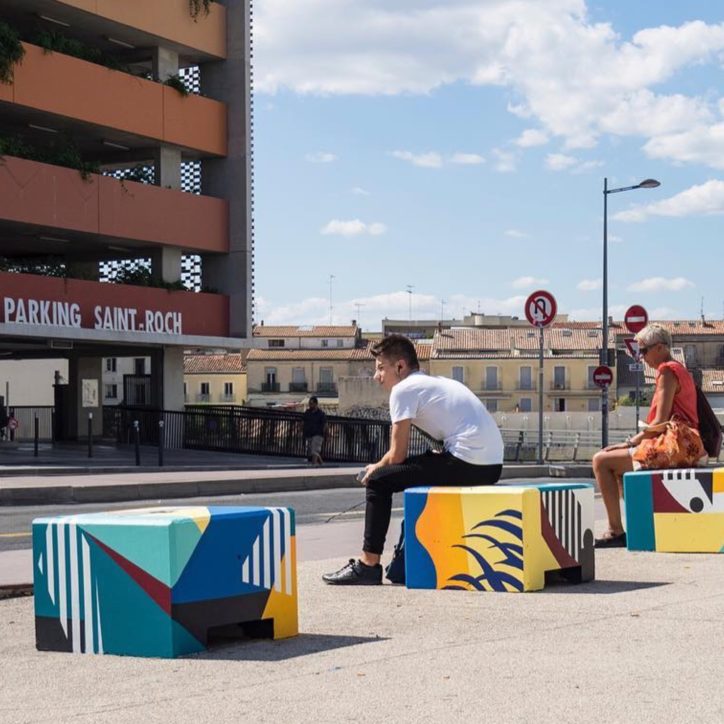 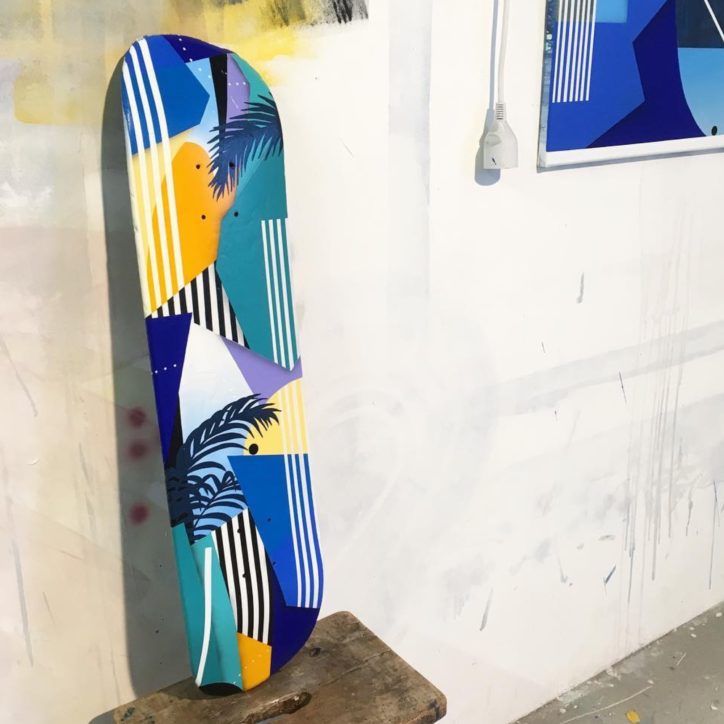 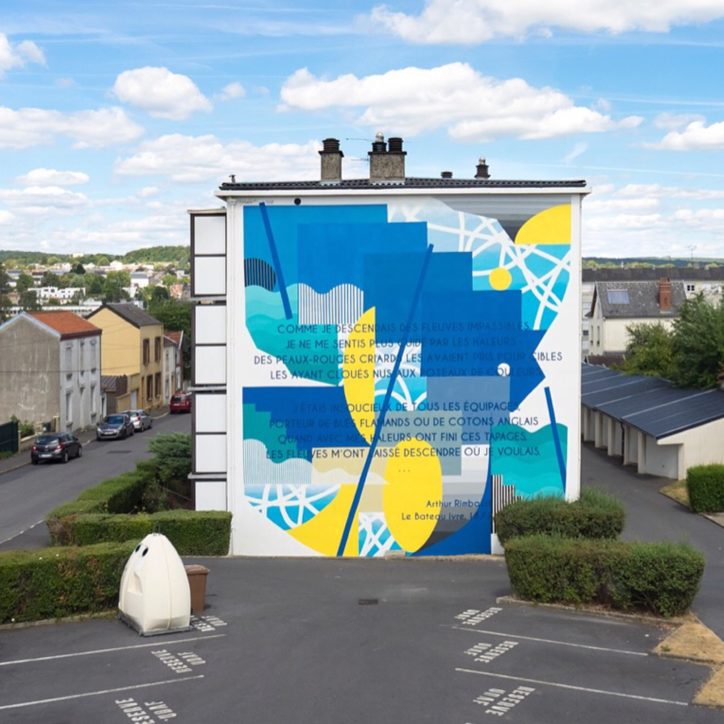