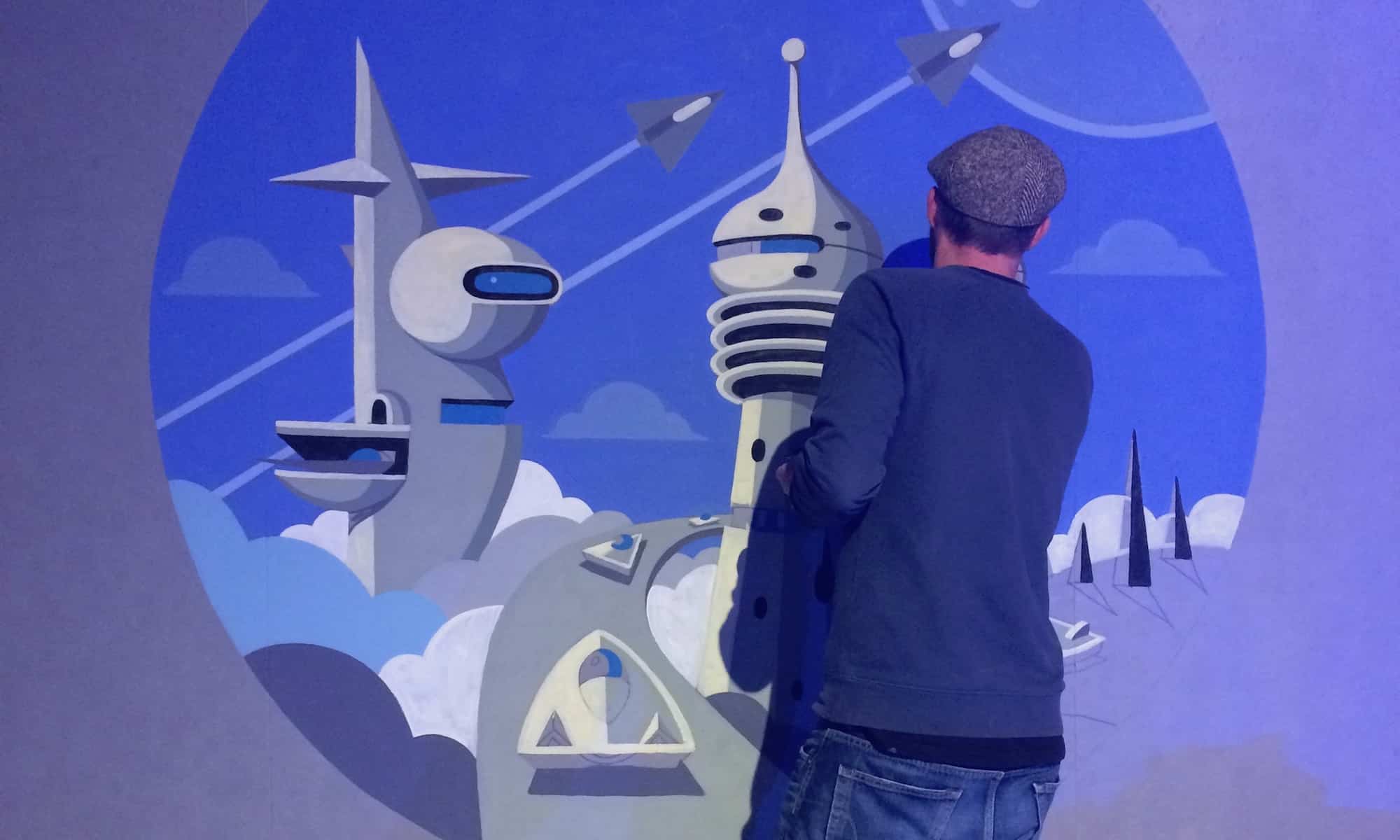 Since childhood, Dino Voodoo has drawn a multitude of characters, each more asymmetrical than the next. Influenced by retro-futurism, constructivism and surrealist pop, the Rennes artist merges these different movements and creates an alchemy of all these elements in his creations.

Where do you come from, what is your background ?

Dino Voodoo : I currently live in Rennes. I come from the Graffiti movement that I discovered in 1989.

How did you start in the urban art world ?

Dino Voodoo : By skateboarding ; there is a similarity with Graffiti, a direct contact with the street where we play with street furniture.

How would you define your style ?

What does the city of the future mean to you ?

Dino Voodoo : A bright utopian city, combining advanced technology and balance with its natural environment. A city that listens and reflects the image of its inhabitants.

Quai 36 invited you to the Hello Tomorrow Summit (at 104 in Paris) to produce two live works on the stand of Aéroports de Paris and Air France. How did you approach the themes and issues of its two entities in your work?

Dino Voodoo : I represented a very futuristic airport: the airport of tomorrow, in which all the innovations and inventions of very high technology would be put into practice :

My idea is to represent speed while ensuring comfort and safety.

What is your vision of urban art today ? 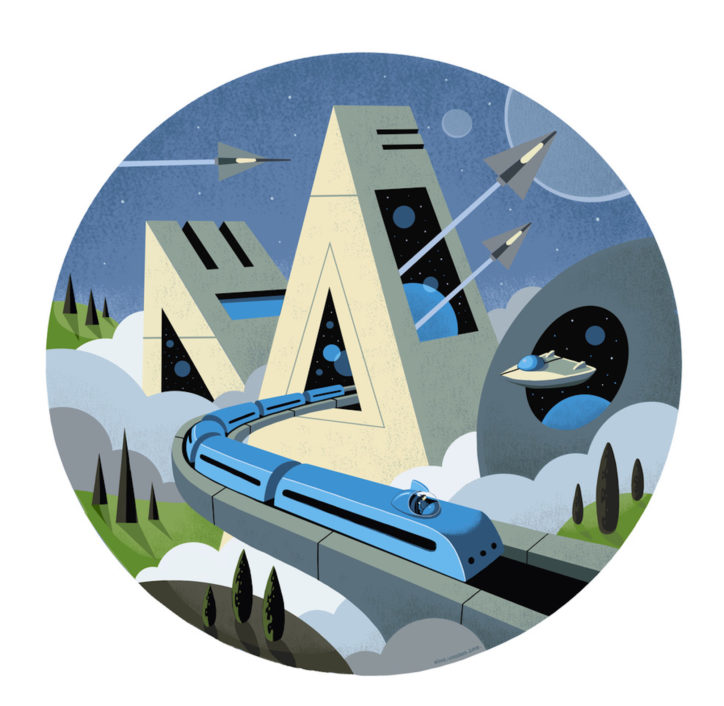 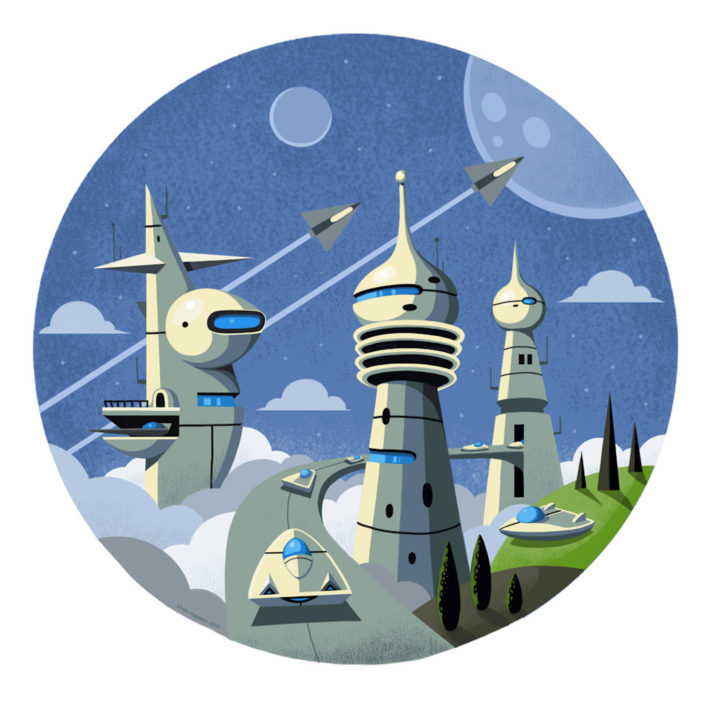 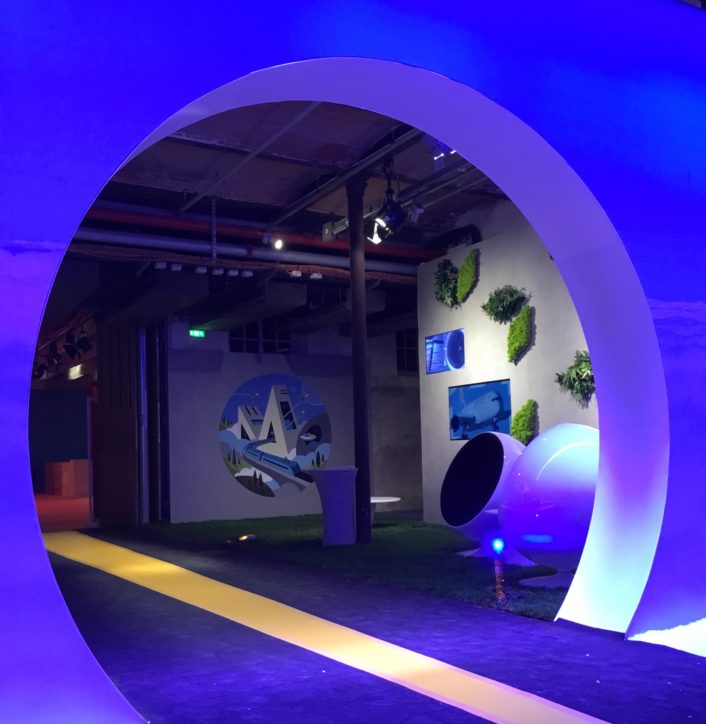 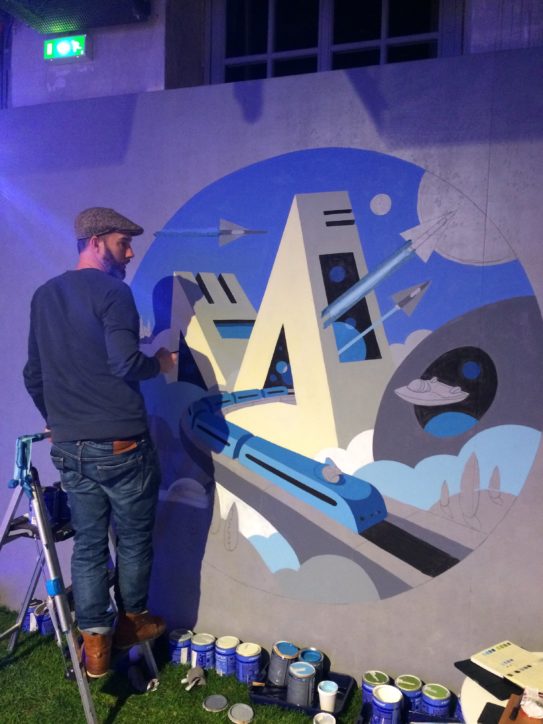