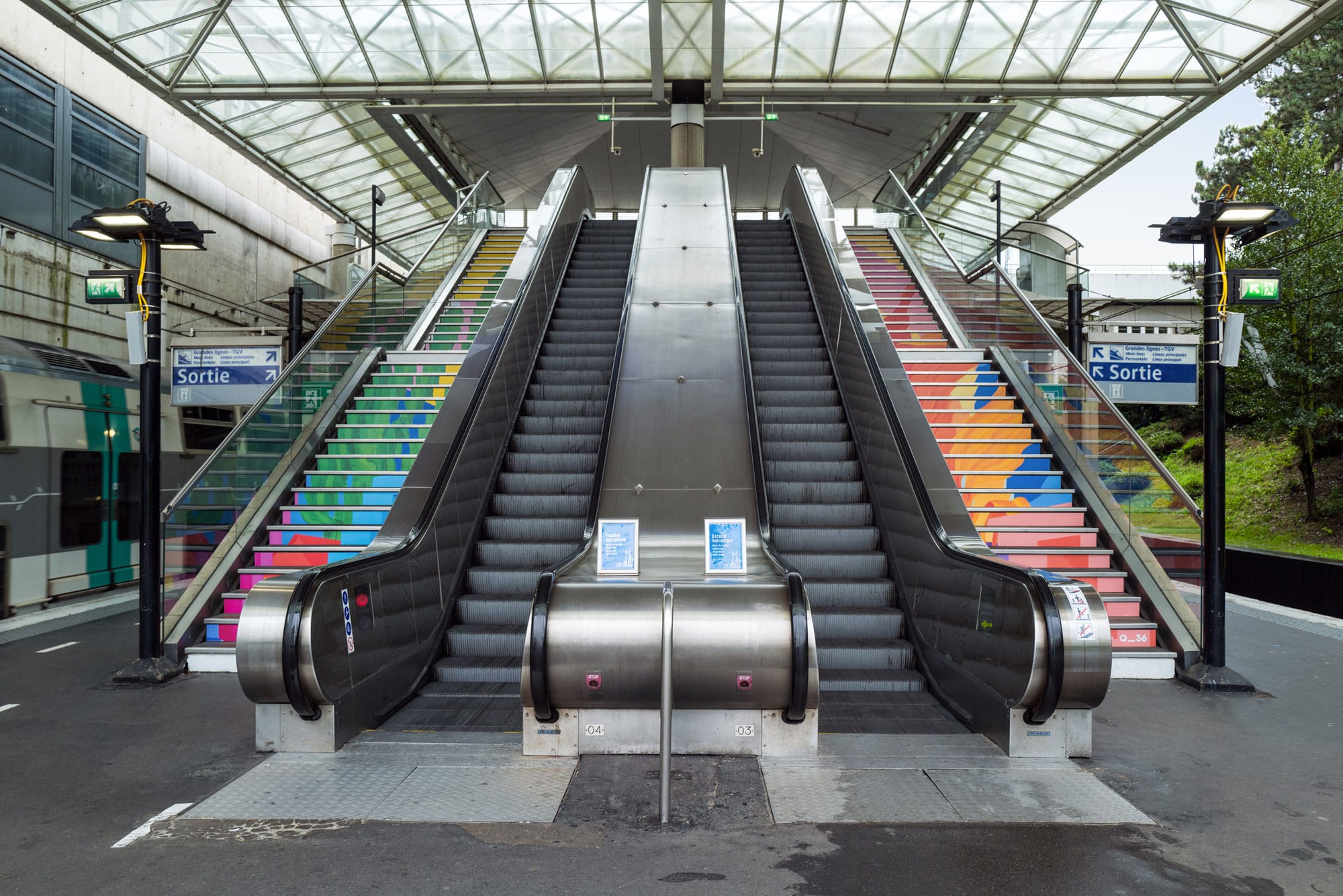 Born in Hong Kong in 1989, Tim Zdey arrived in France in 1997. In 2014, after two years in India, he resigned from his job in finance to devote himself exclusively to painting, his lifelong passion.

Since his return to Paris, Tim divides his time between institutional projects and humanitarian initiatives. He collaborates with the luxury house Hermès, the city of Paris, and holds exhibitions in Bogota, Mexico and Brussels. For example, he has painted a nursery school in Paris with young people from child protection, coloured the walls of Colombian and Mexican schools with the help of local indigenous minorities, financed and accompanied the renovation of a school in the Himalayan mountains of Nepal... After participating in the exchange organised by Artivista in Brazil in 2018, Tim Zdey left this year with the association to paint a 200m2 fresco in the heart of Mosul University in Iraq.

If it is his practice of graffiti that is at the origin of his painting, he has moved away from it for a few years to concentrate on the development of a more personal universe. Pop influences, modern art painters and the Opart movement intersect to invite us into a shimmering world full of positive energy.

Our creations with Tim Zdey 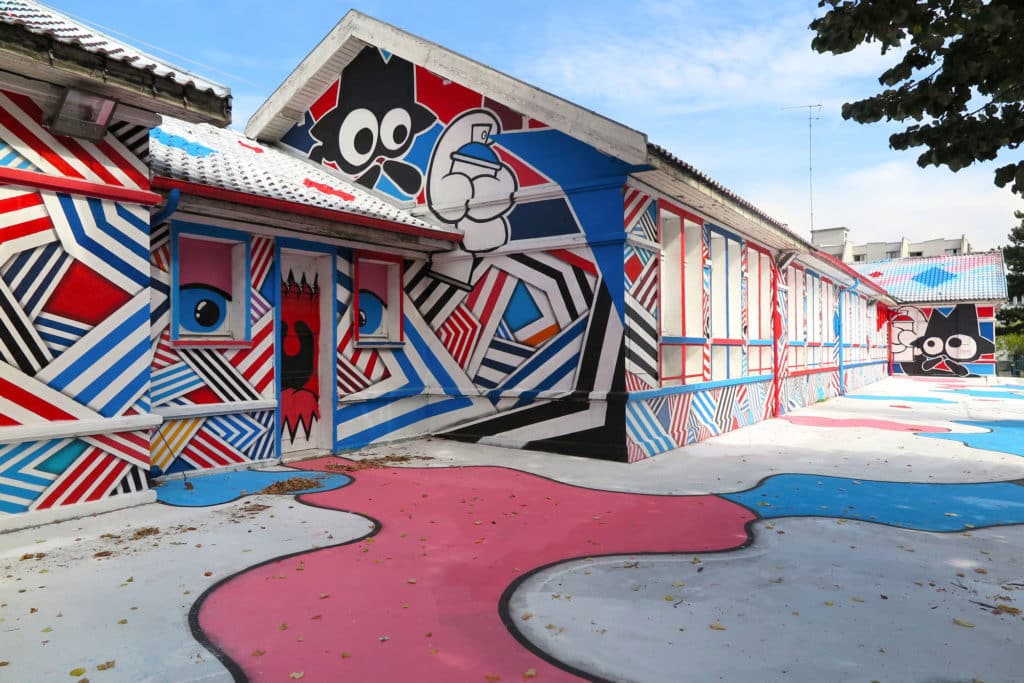 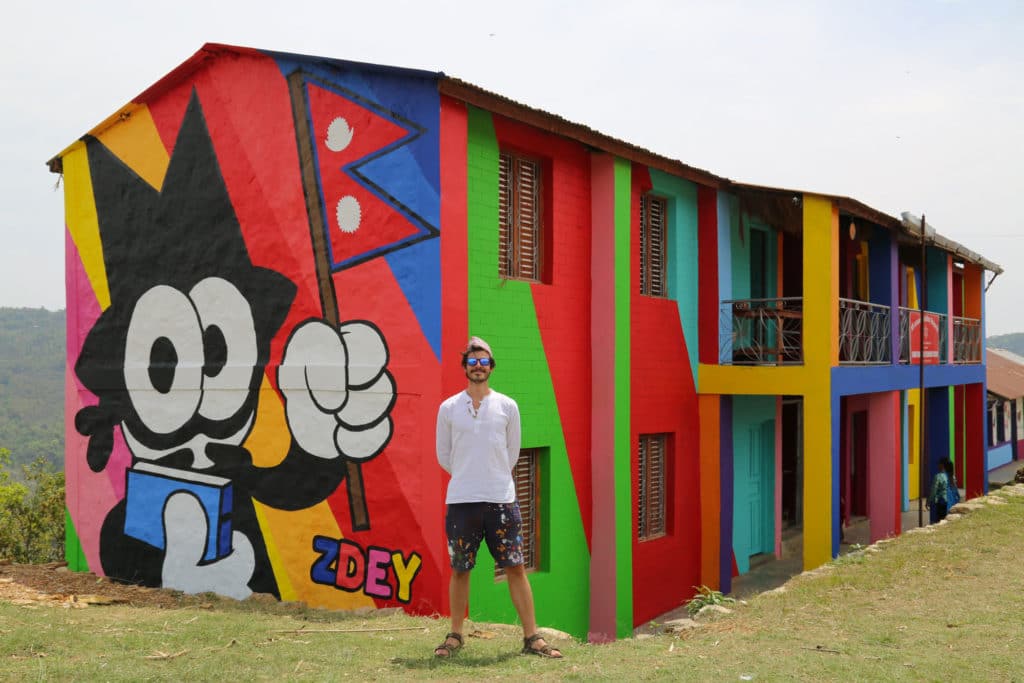 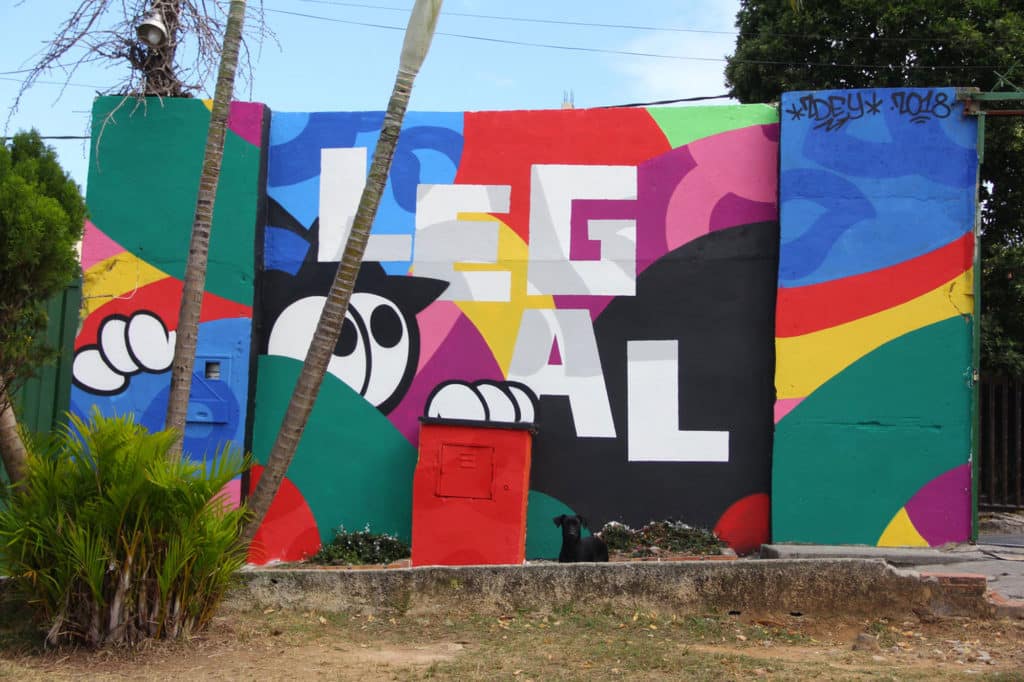 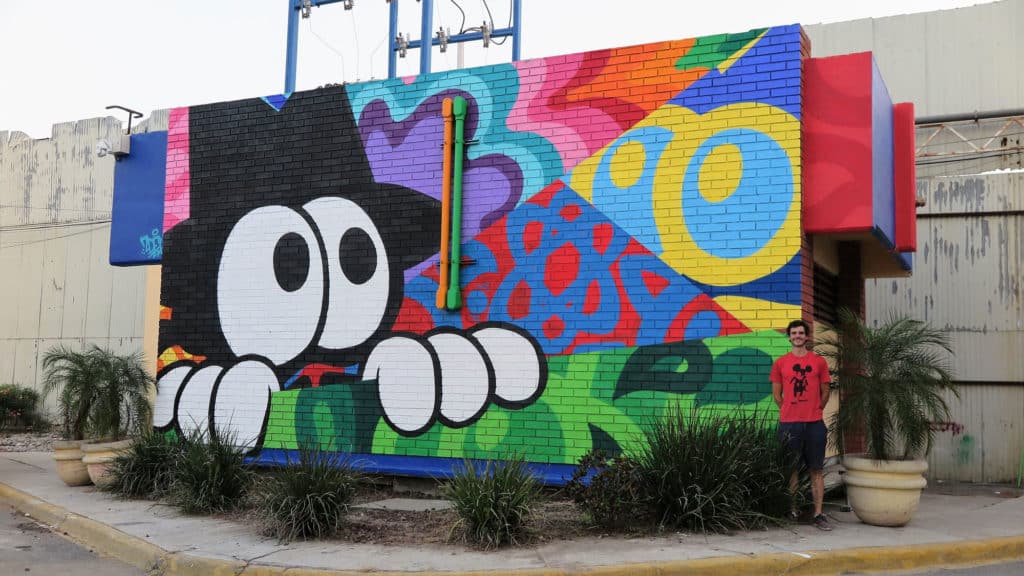 See all our talents