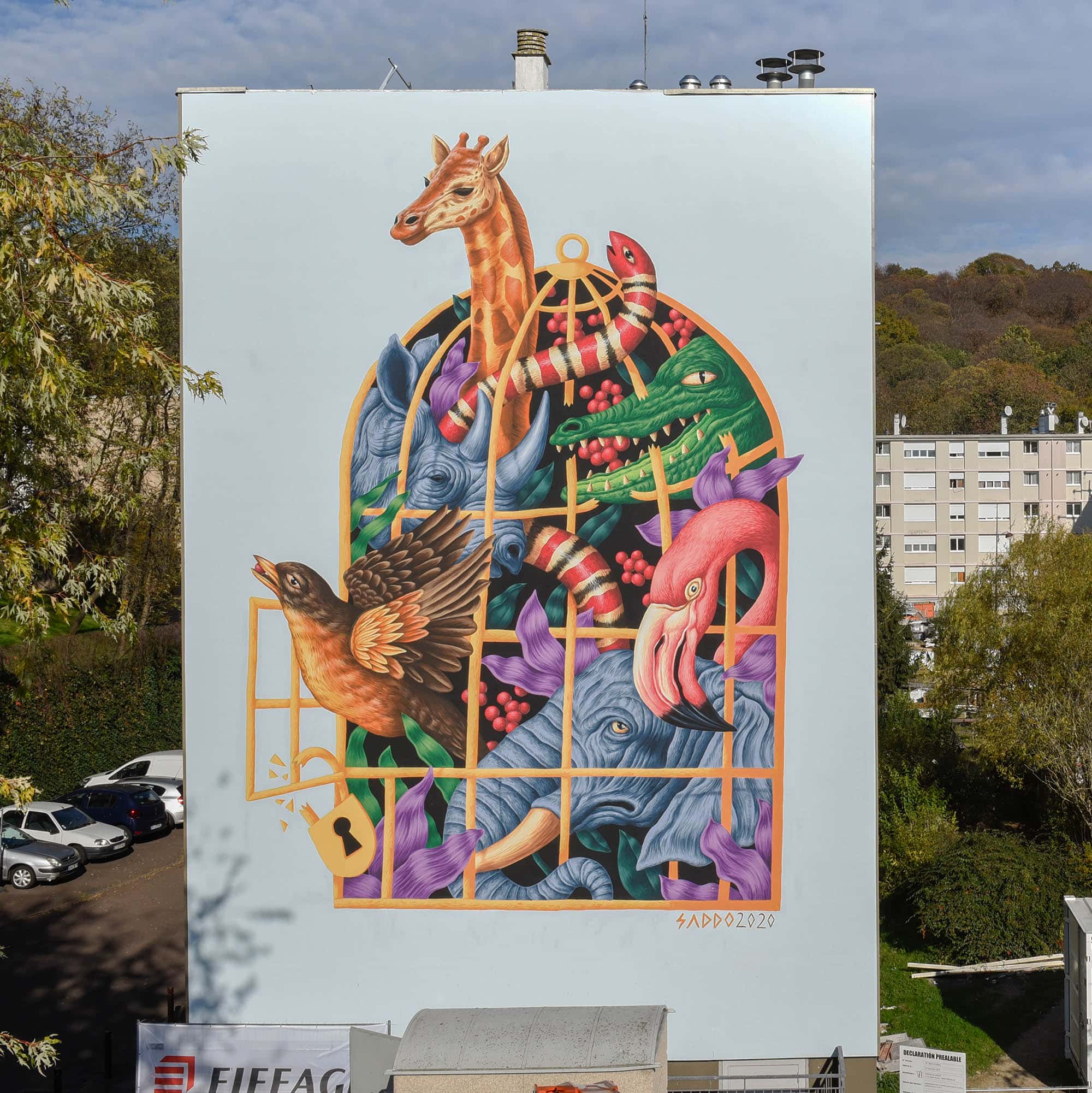 Inspired by 15th and 17th centuries masters, Romanian artist Saddo mixes different influences and meanings displaying in his frescoes dreamlike scenes populated by hypnotic characters with animal lines. For our #1096 project in the heart of the Bernard de Jussieu neighborhood, the artist drew inspiration from the exotic animals' menagerie set up by Louis XIV in the park of the Palace of Versailles, a menagerie which had subsequently inspired many other European monarchs.

Despite their scientific usefulness allowing progress in both science and zoology, Saddo's fresco "Let them Free" offers passers-by a more contemporary reading of the subject. By depicting animals such as a crocodile, a giraffe, a pink flamingo, or birds trying to escape from a gilded cage with a broken padlock, Saddo invites his viewer to question the ethics of the approach motivating zoos and menageries.

Simultaneously to the animals, a feeling of freedom escapes from the artist's fresco, the 9th fresco of project #1096 around the theme of the relationship between humans and nature.

In order to realize this fresco entirely with acrylic paint, the artist put his brushes down during 10 days in the heart of the Versailles neighborhood.

Constructed in the 1960s, the Bernard de Jussieu neighborhood has had its housing estate renovated by a group orchestrated by Eiffage Construction (Ithaques, Vincent Lavergne Architecture & Urbanisme and BETOM Ingénierie), in collaboration with the landlord Versailles Habitat and the city of Versailles. This thermal rehabilitation programme's aim is to improve the daily life of its inhabitants. 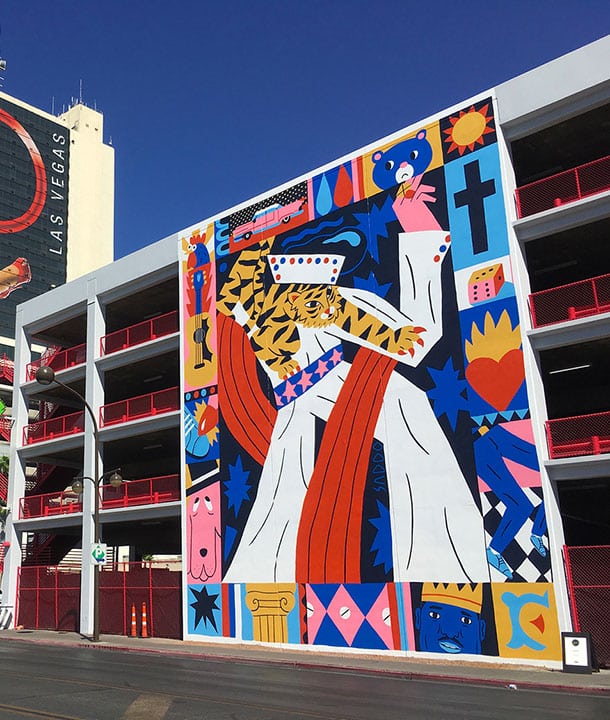 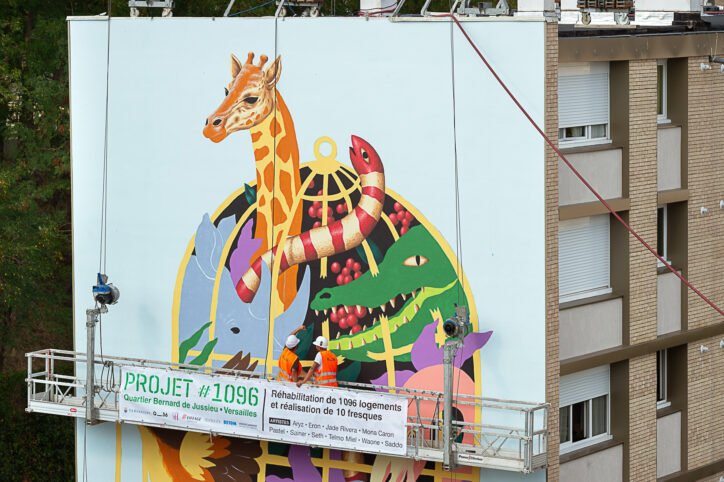 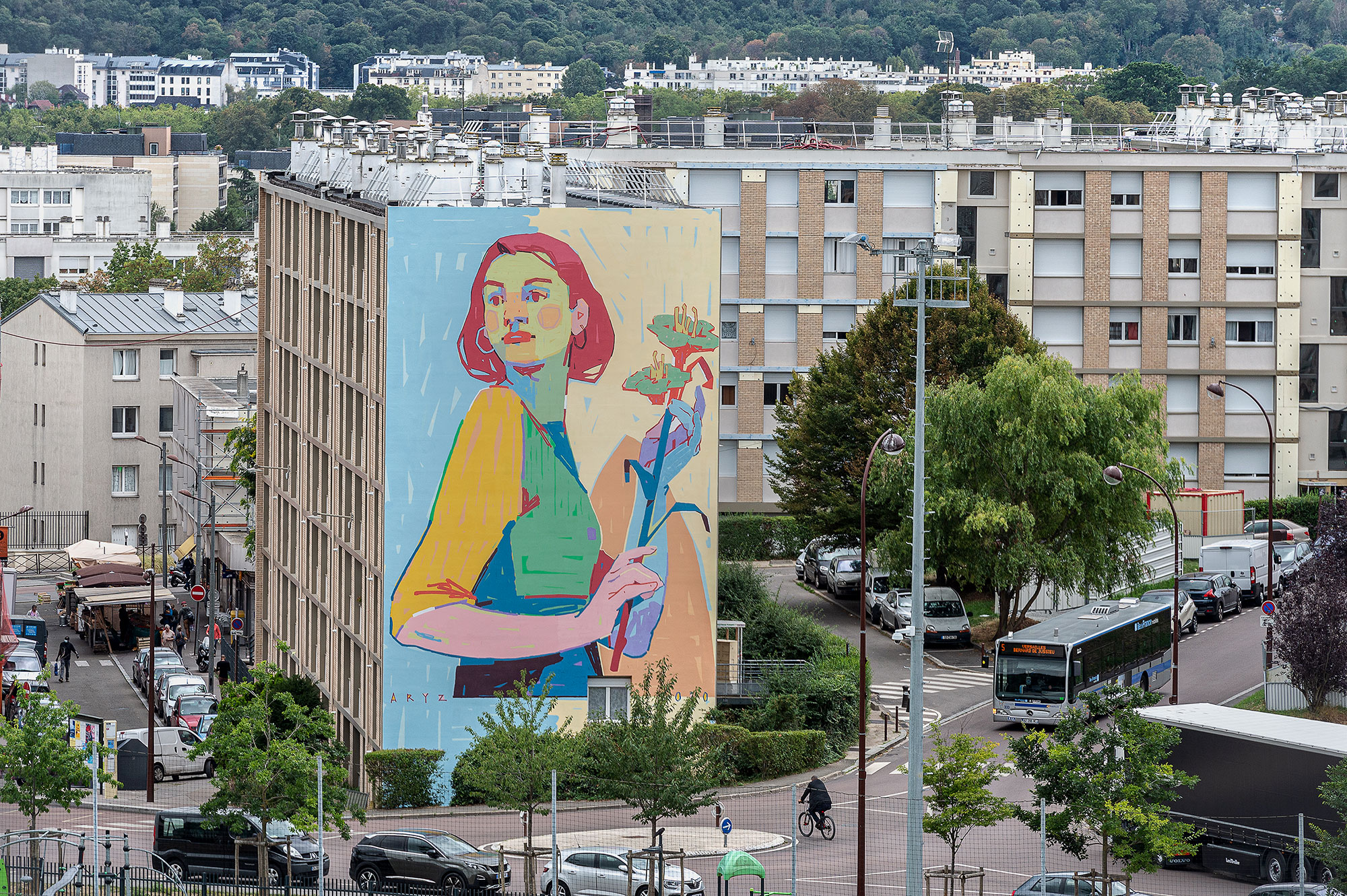 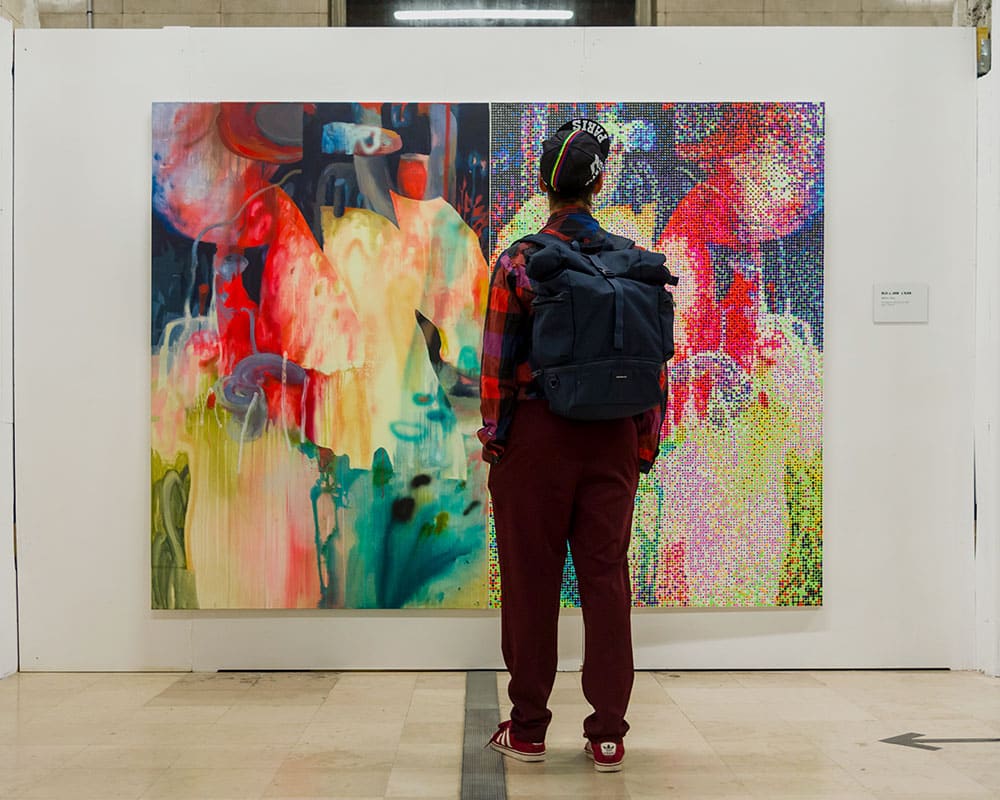