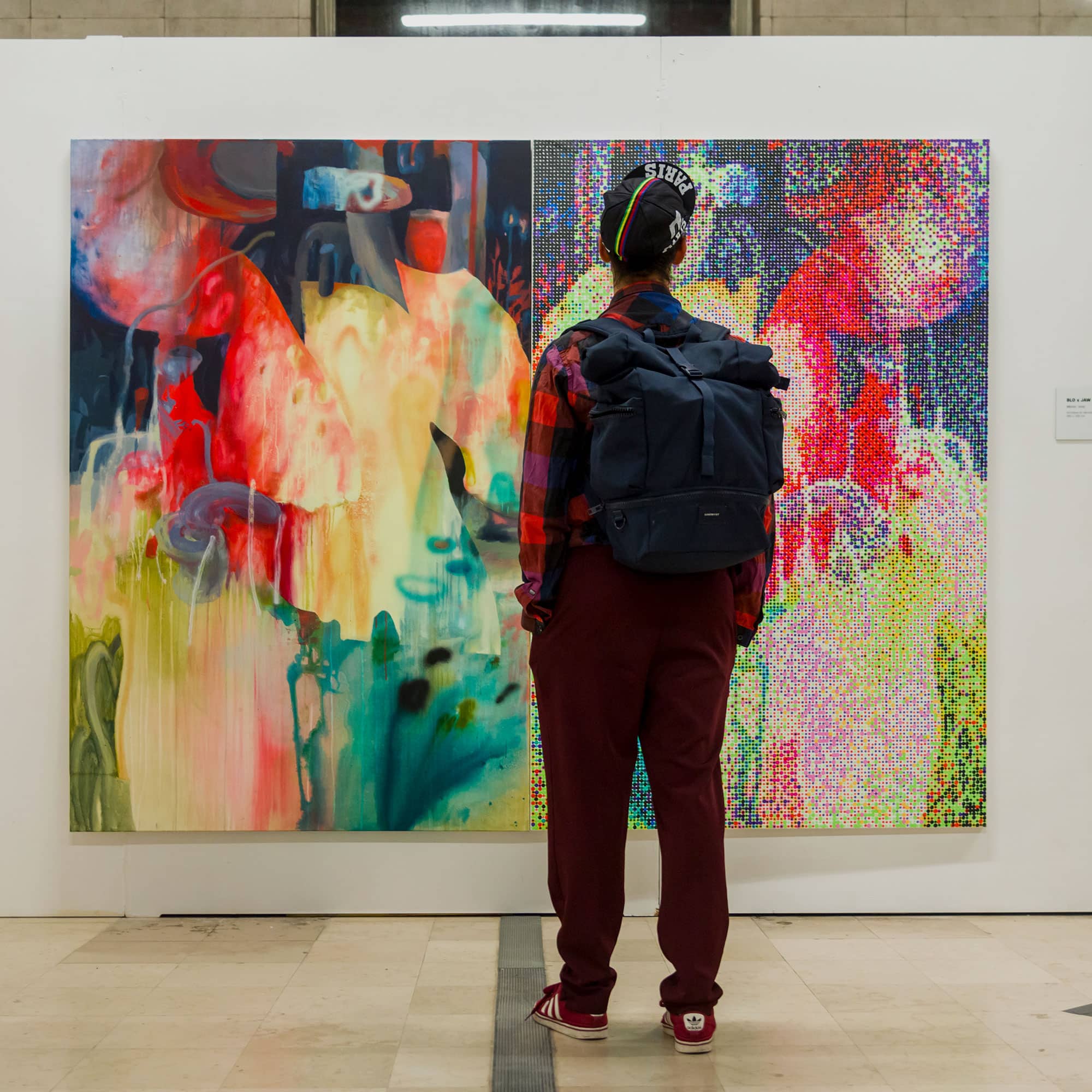 At the crossroads between exhibition, gallery and retrospective, Réenchanter la ville (Enchanting the City) is a carte blanche offered by the City of Versailles to the artistic production house, Quai 36. On this occasion, 17 French and international artists have been invited to invest the former Post Office on the theme of nature reasserting itself :

Since 2018, Quai 36 has been working in Versailles for both ephemeral and permanent operations. Our new exhibition Réenchanter la ville is taking place at the same time as the final production of the ten monumental mural frescoes in the Bernard de Jussieu neighborhood, part of our project #1096 and produced under our coordination. Thanks to this exhibition, learning more about this large-scale project, in particular the work and career of the 10th international artists we invited, but also to discover a broader presentation of contemporary artistic expressions is now possible. Réenchanter la ville's is built up around the theme and artistic direction of Nature reasserting itself, an artistic direction which inspired its in situ interventions and the selected artworks displayed in the gallery.

"Intervening within the former city's central Post Office is an incredible opportunity for us to keep on tracing this red thread we had initiated with the city two years ago, with the intervention of two extraordinary artists - Fikos and Waone - on a monumental palisade located at the exit of the train station Versailles Chantiers, in partnership with Nexity, alongside our exhibition, the production of two permanent frescoes within Versailles School of Fine Arts and in 2019 the realization of a 130 m² fresco on the neighborhood house Prés-aux-Bois.

Located in an abandoned site, this new exhibition displaying multiple artworks and medias, offers us the occasion to take part in the construction of the city of tomorrow, by placing art at its center which we believe to be a social act and reinforcing the city's attractiveness.

Our exhibition pays tribute to Nature reasserting itself, in response to our #1096 project we are carrying with the city of Versailles and Eiffage in the Bernard de Jussieu neighborhood, the only social housing neighborhood in the city. Carried out over a year, this exhibition takes place during its last artistic phase taking place at the same time, with the intervention of the last 5 muralists of the project. This represents for us a matter of making the invisible visible, looking at forgotten and unknown spaces and re-enchanting the territories."

"This invitation, notably in a place such as this one in spectacular transition, is part of our policy regarding enhancing urban spaces we have been pursuing for the past ten years in our city, whether in the field of architectural and plant heritage or artistic creation. Urban art, in its contemporary kind, has the essential quality of being eminently democratic, since it is free and accessible to everyone. It was all the more interesting in this peculiar period, during which, alas, it is getting more difficult to visit closed spaces.

By car, take the A13 and D182 highways in the direction of Avenue de Paris à Versailles.

In collaboration with the City of Versailles, the exhibition also received the support of Eiffage Construction, Groupe Caisse des Dépôts and of the Région Île-de-France. 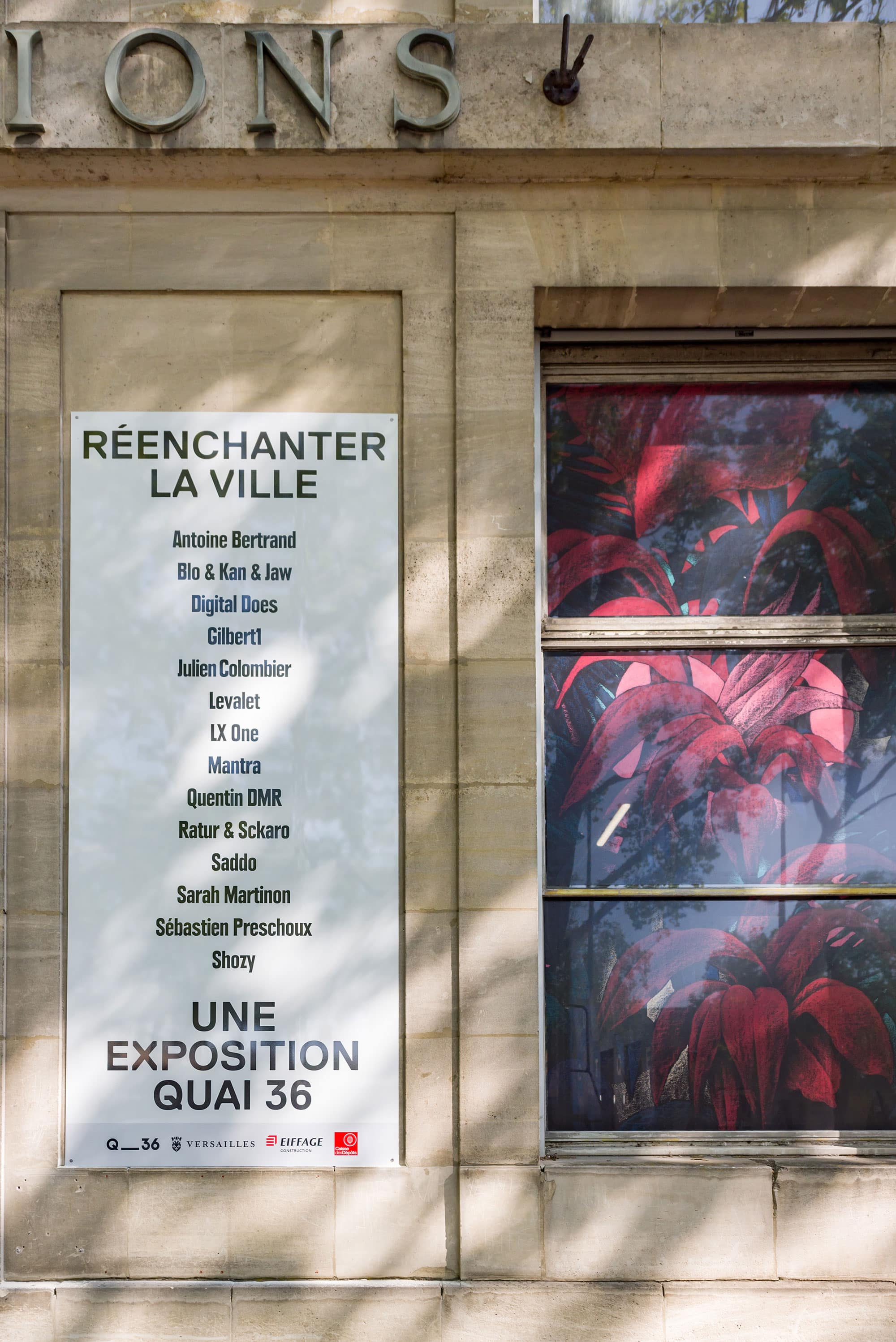 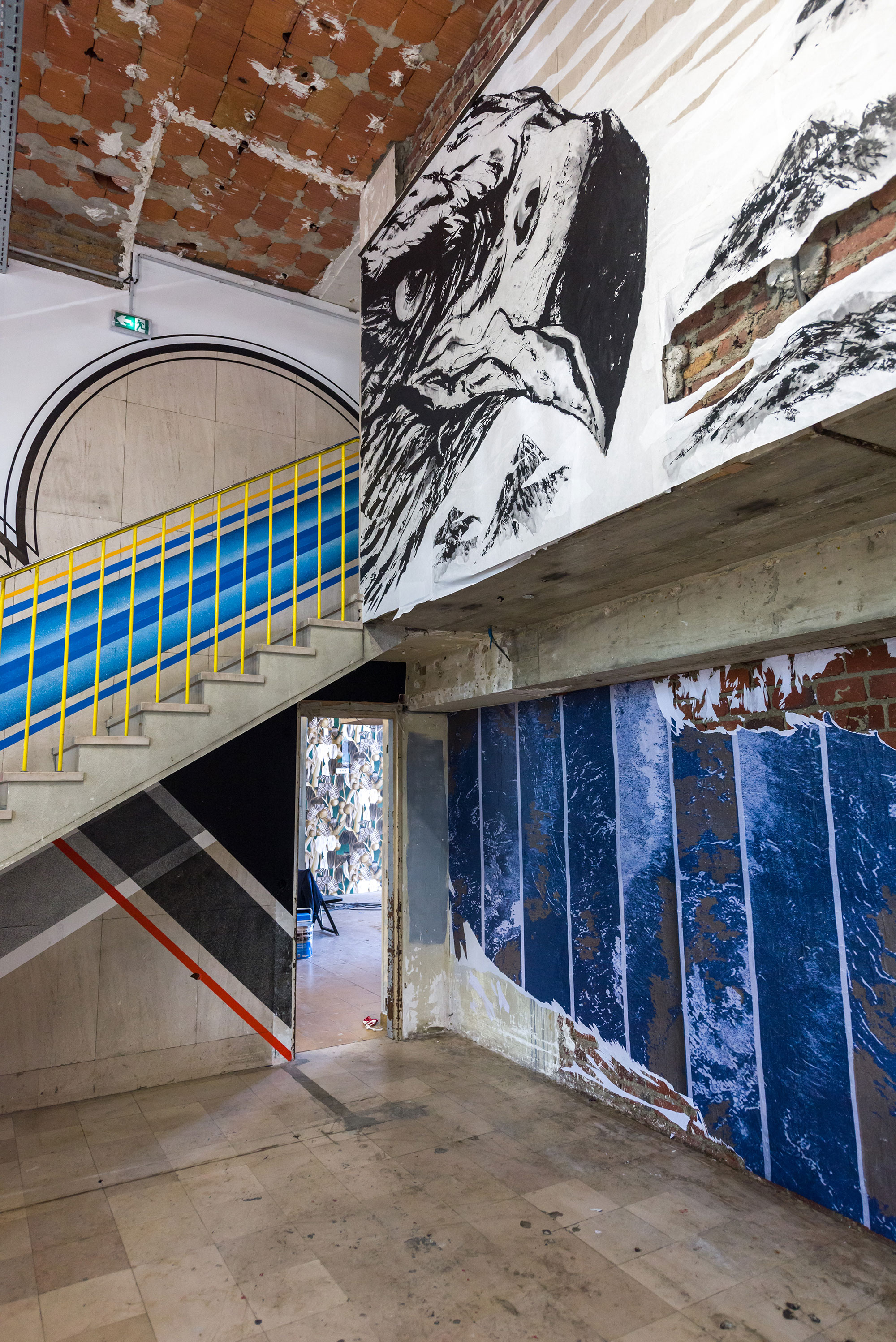 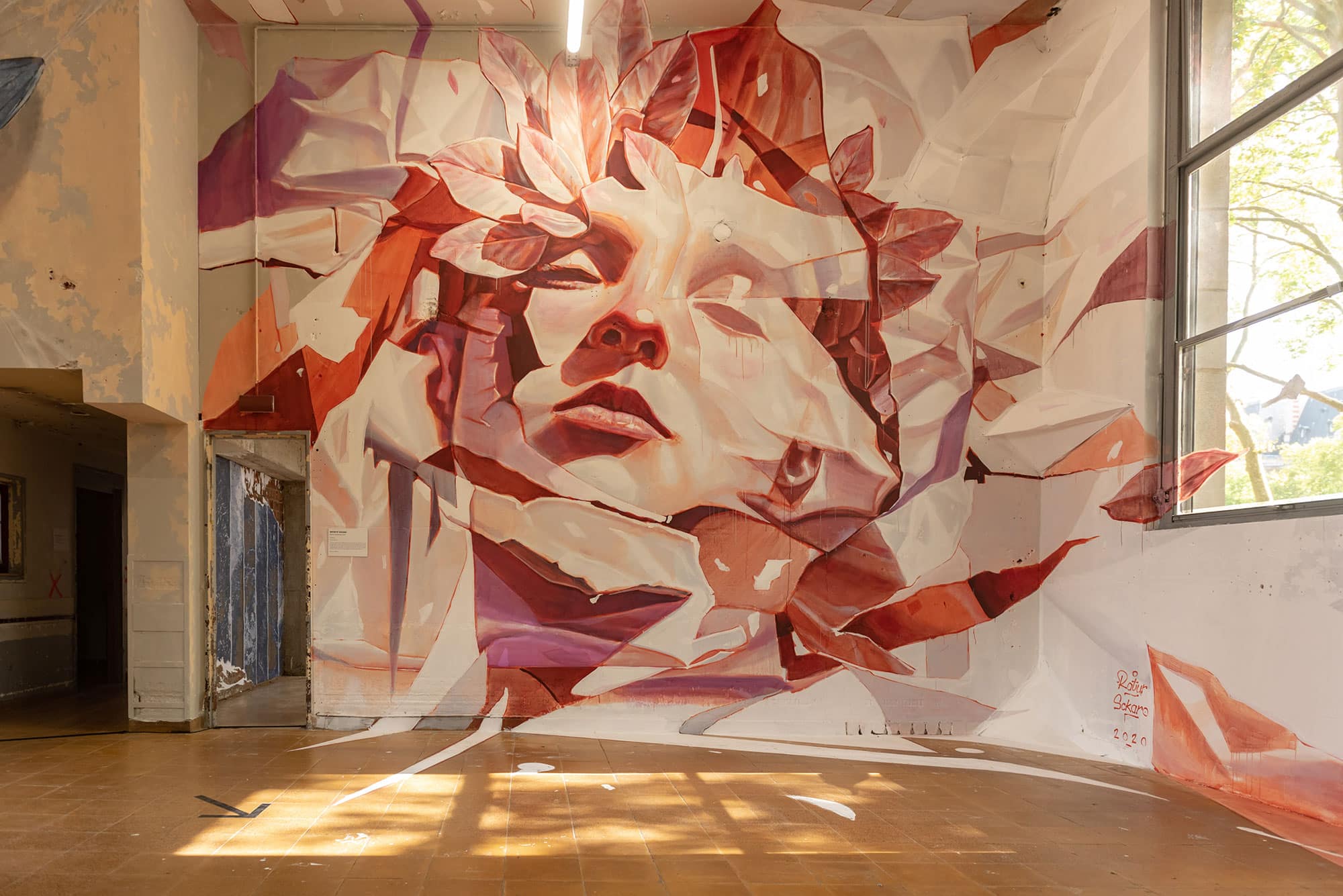 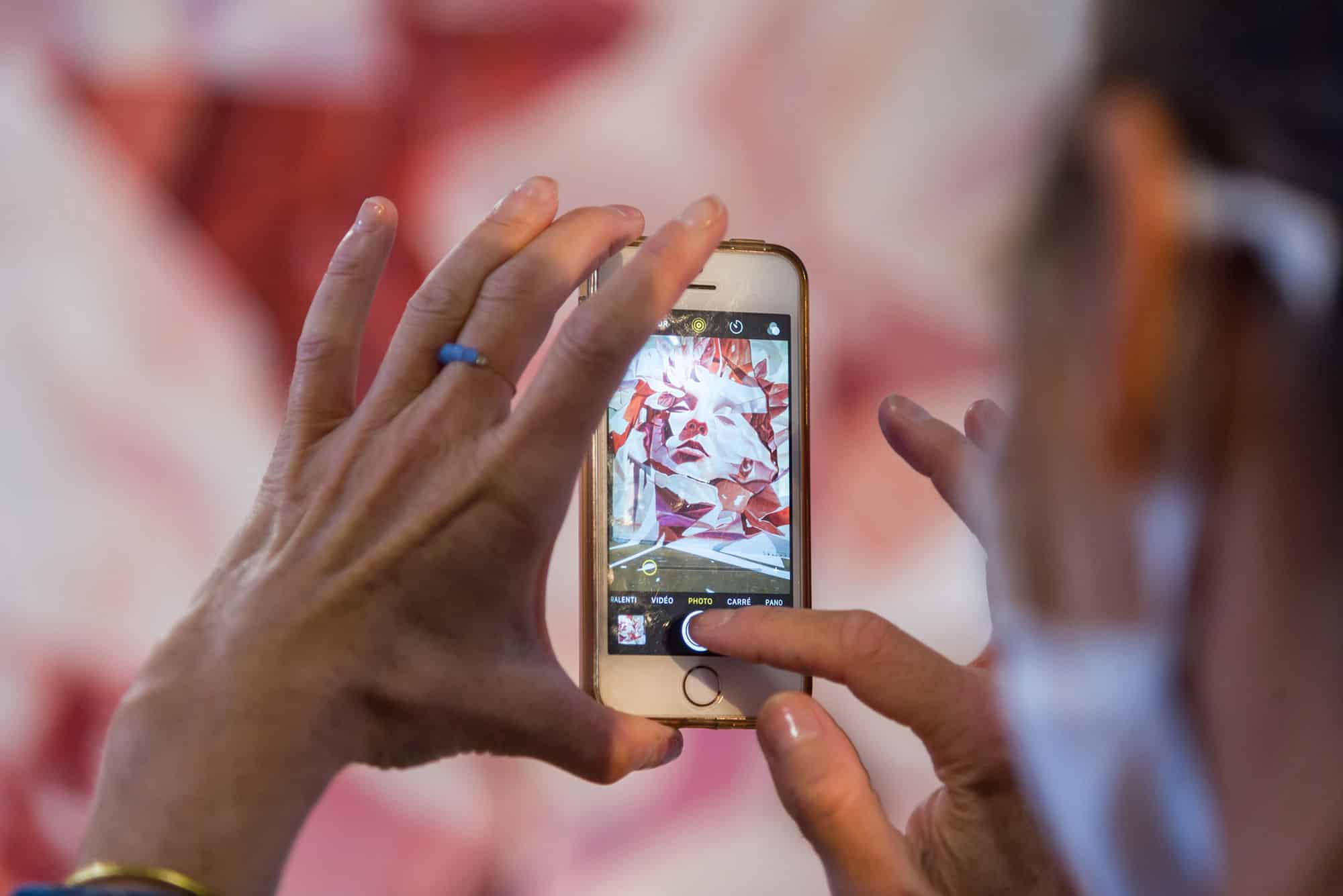 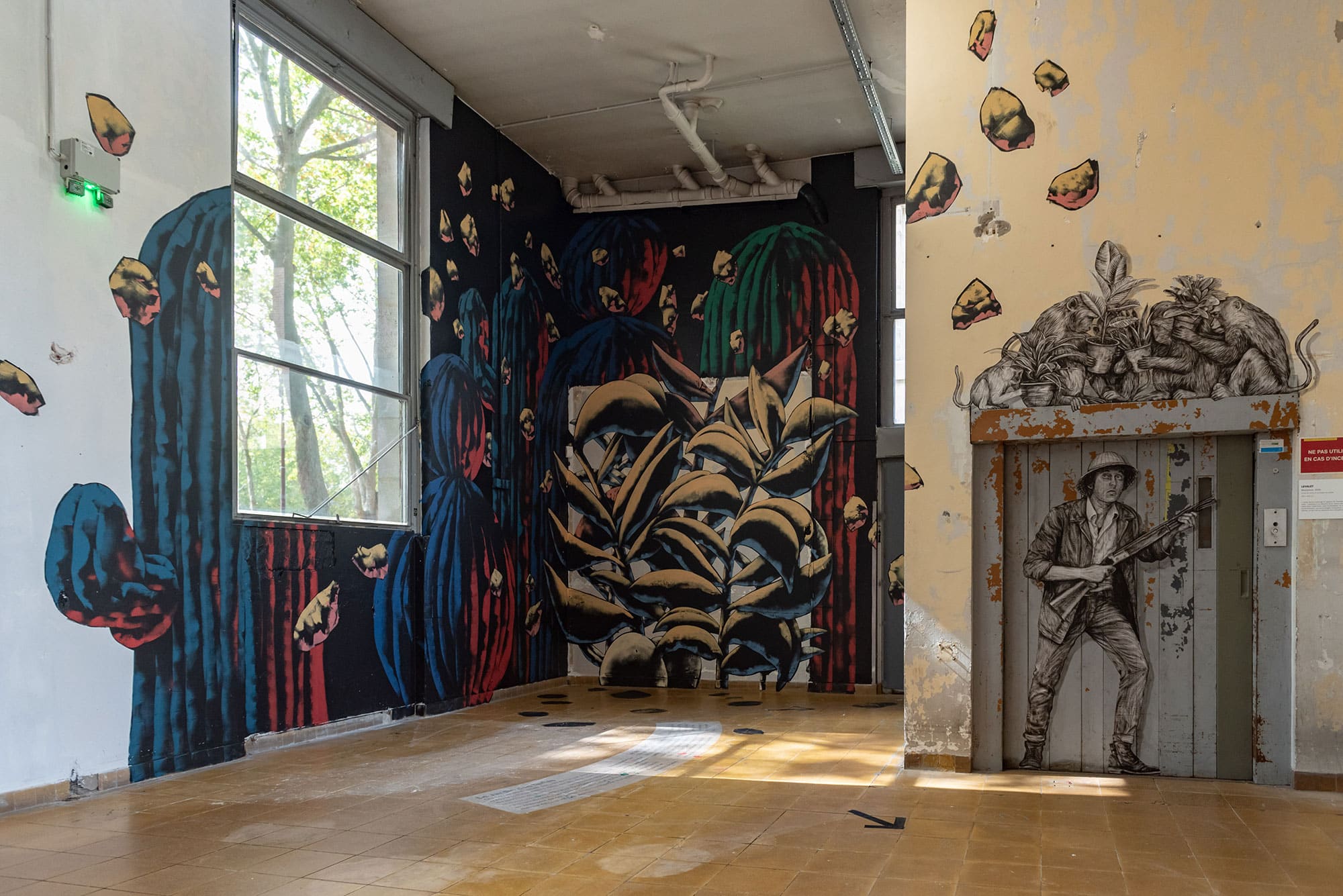 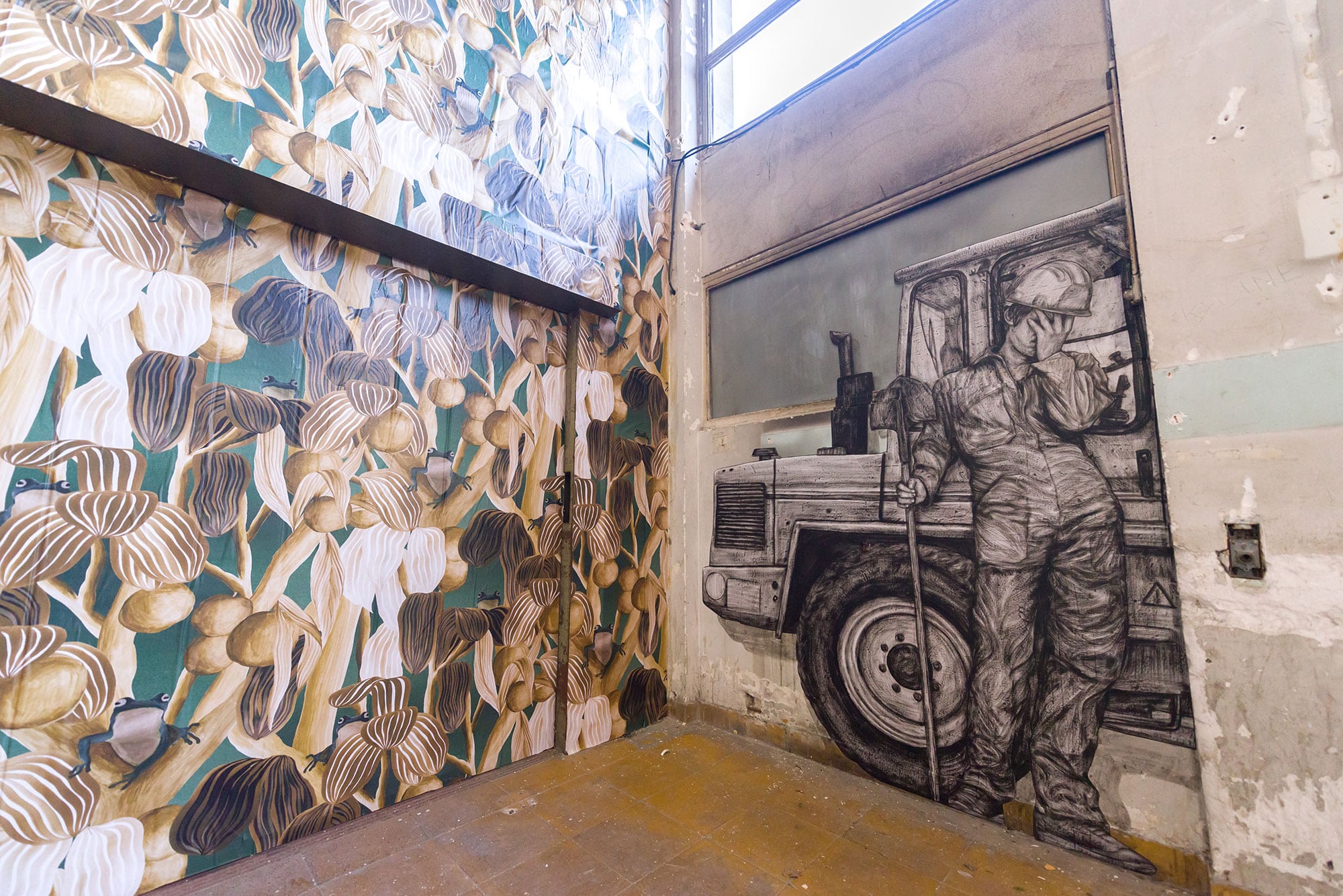 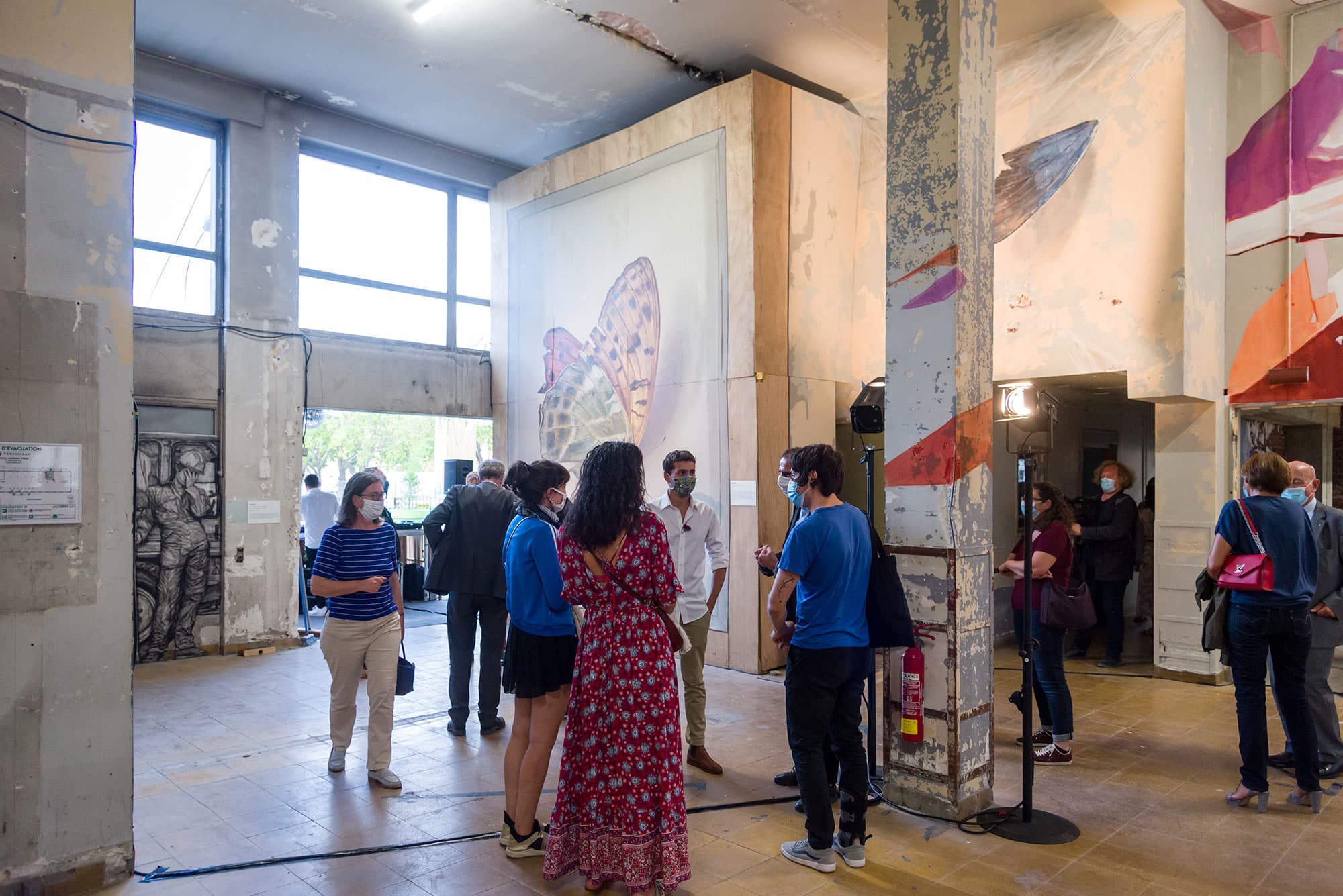 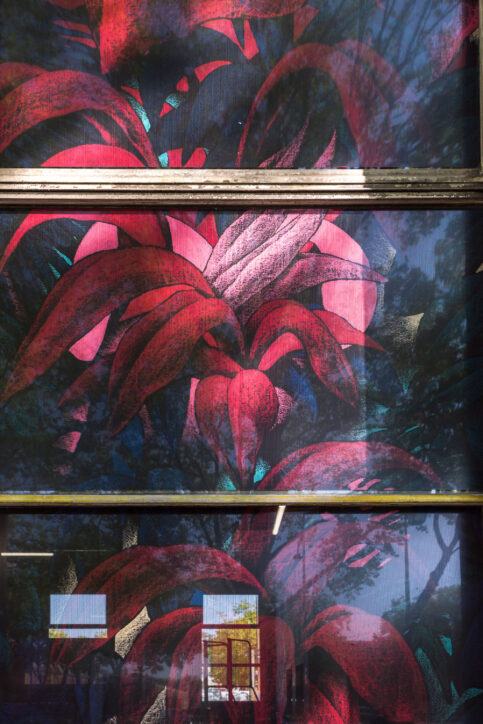 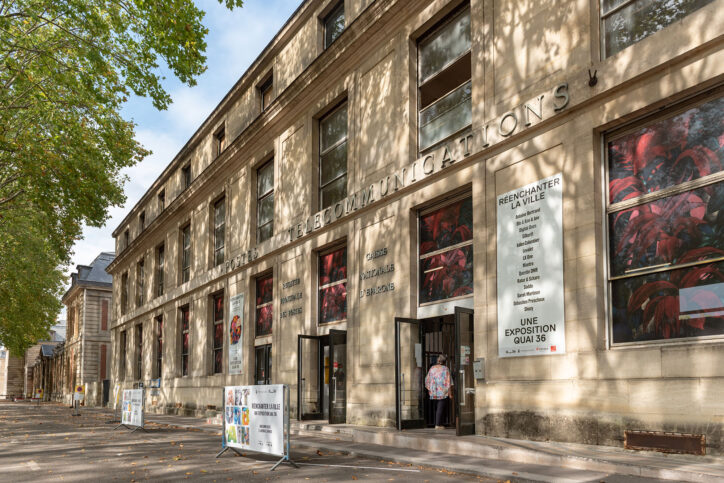 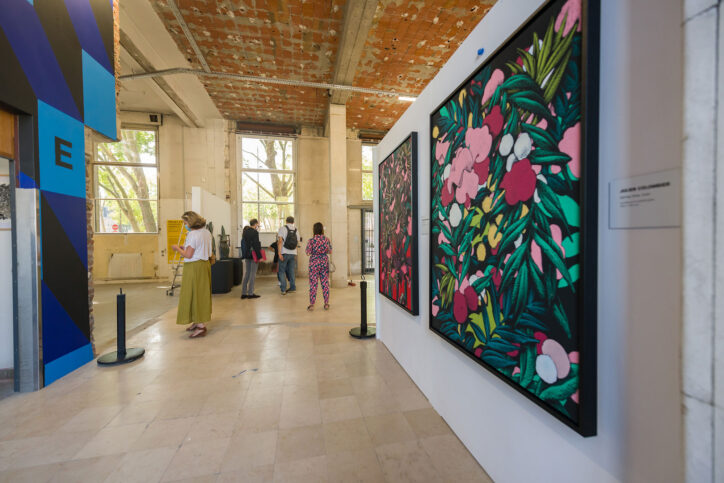 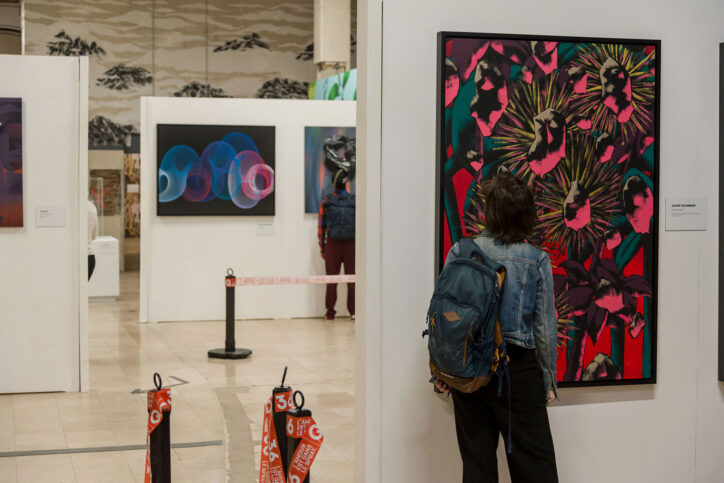 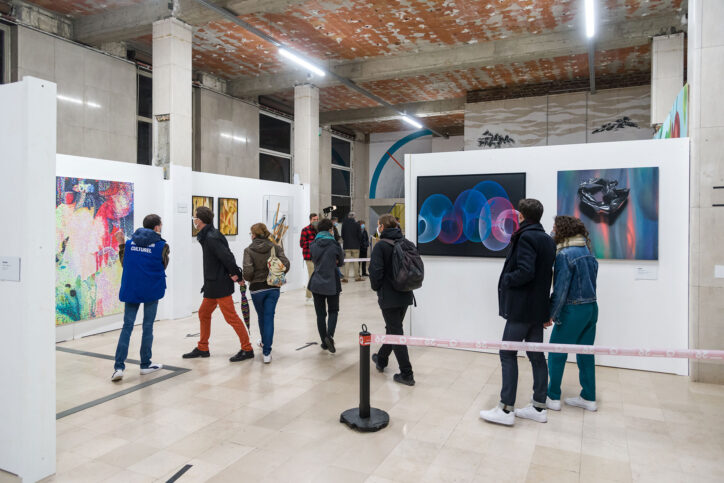 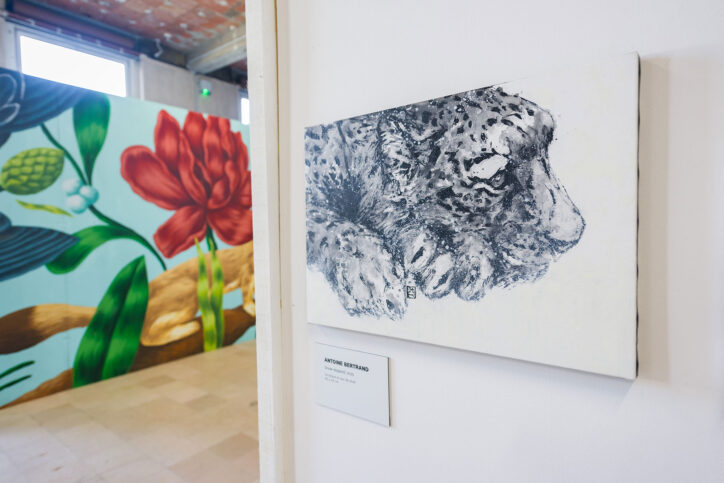 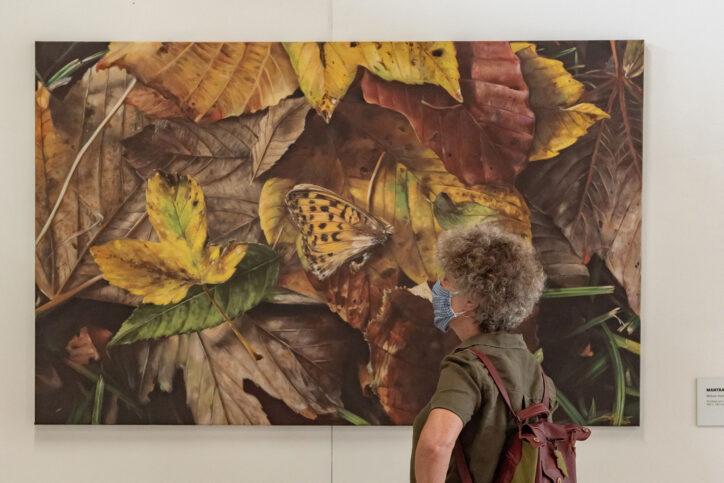 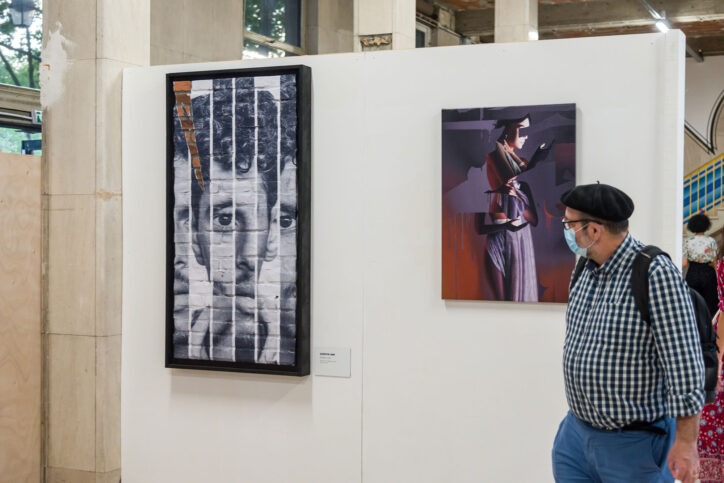 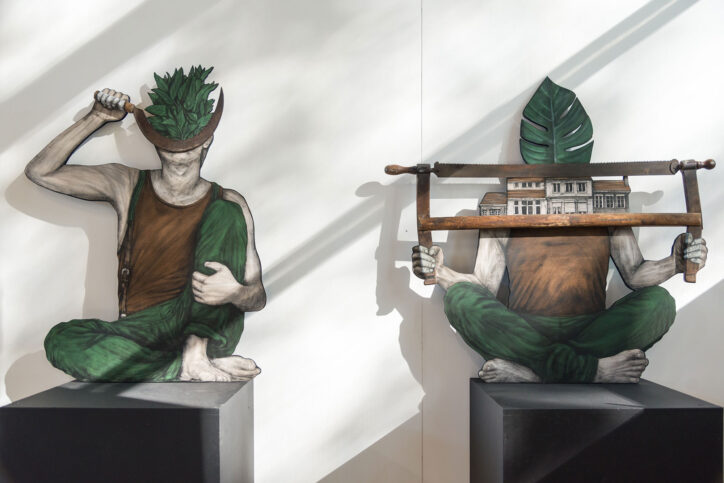 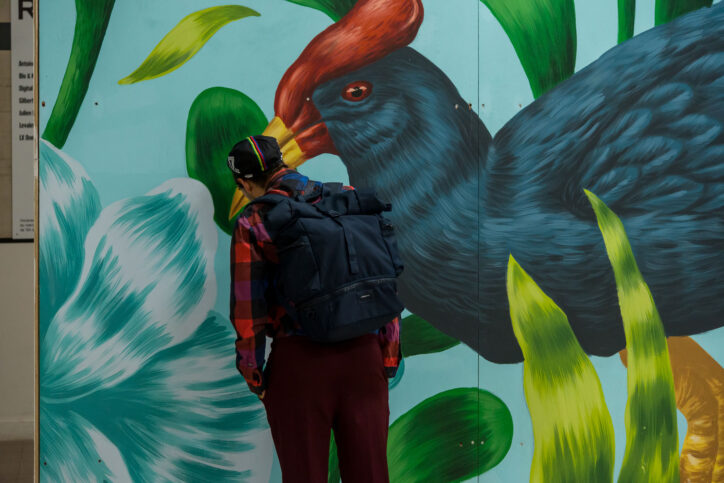 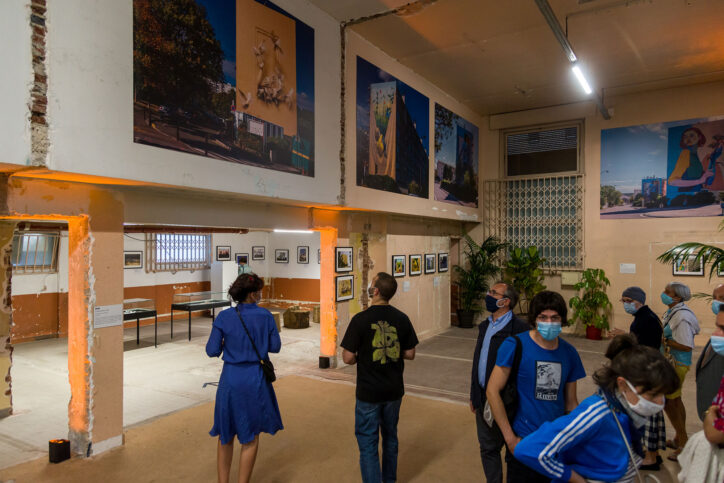 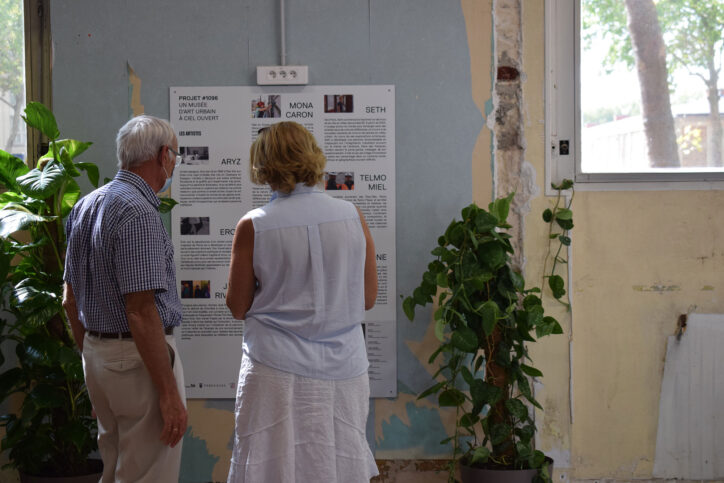 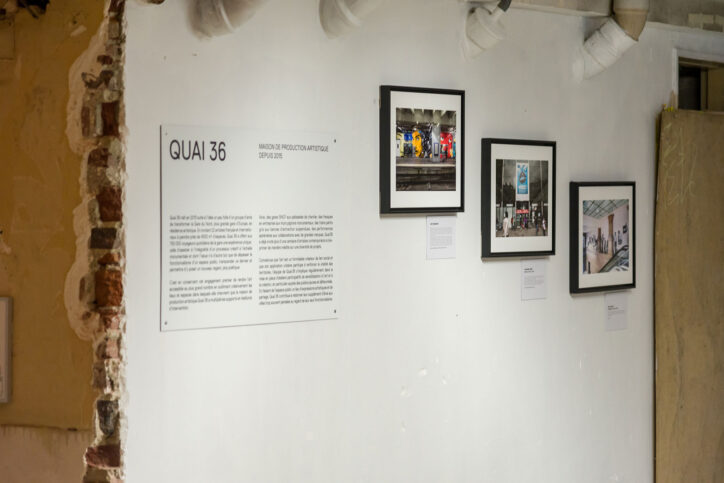 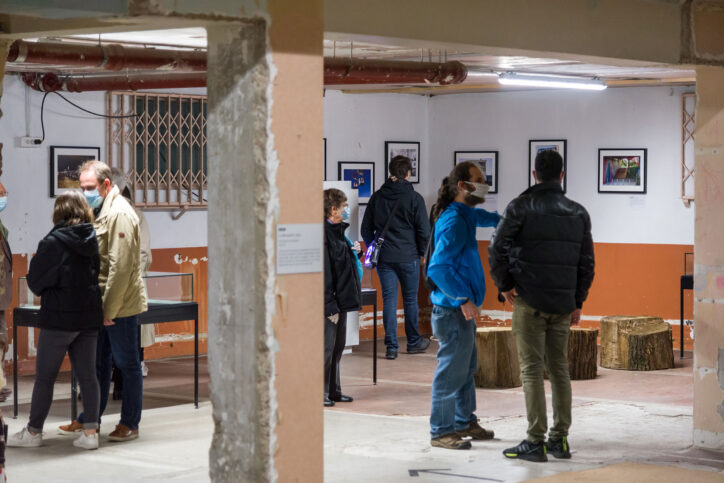 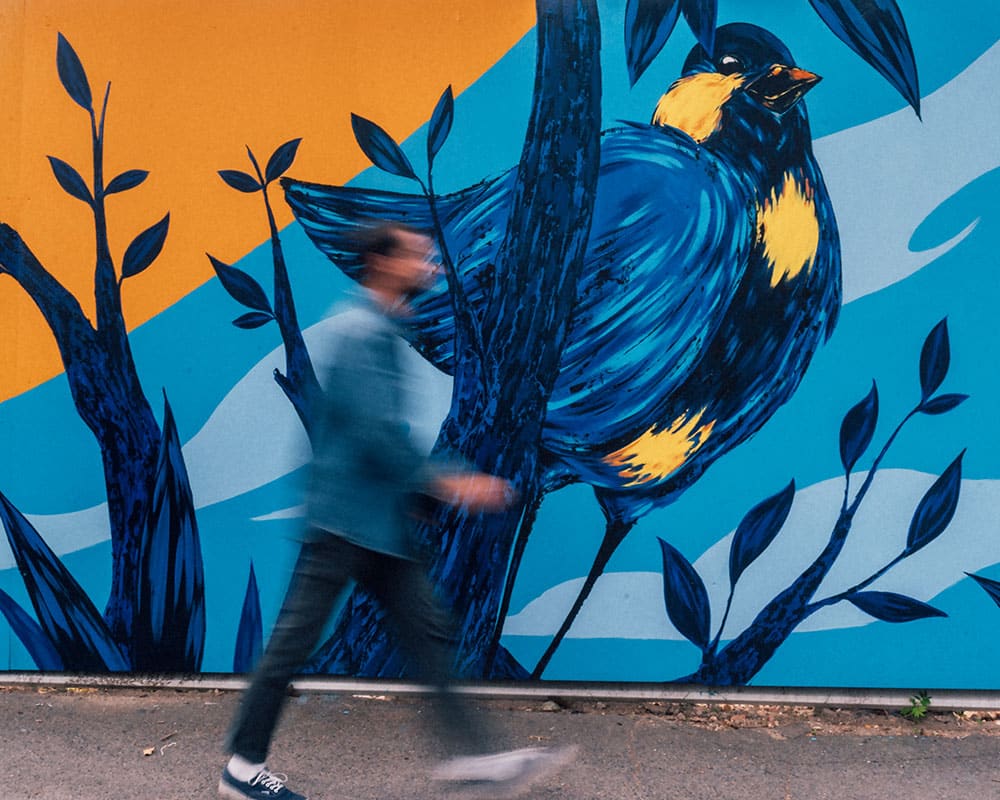 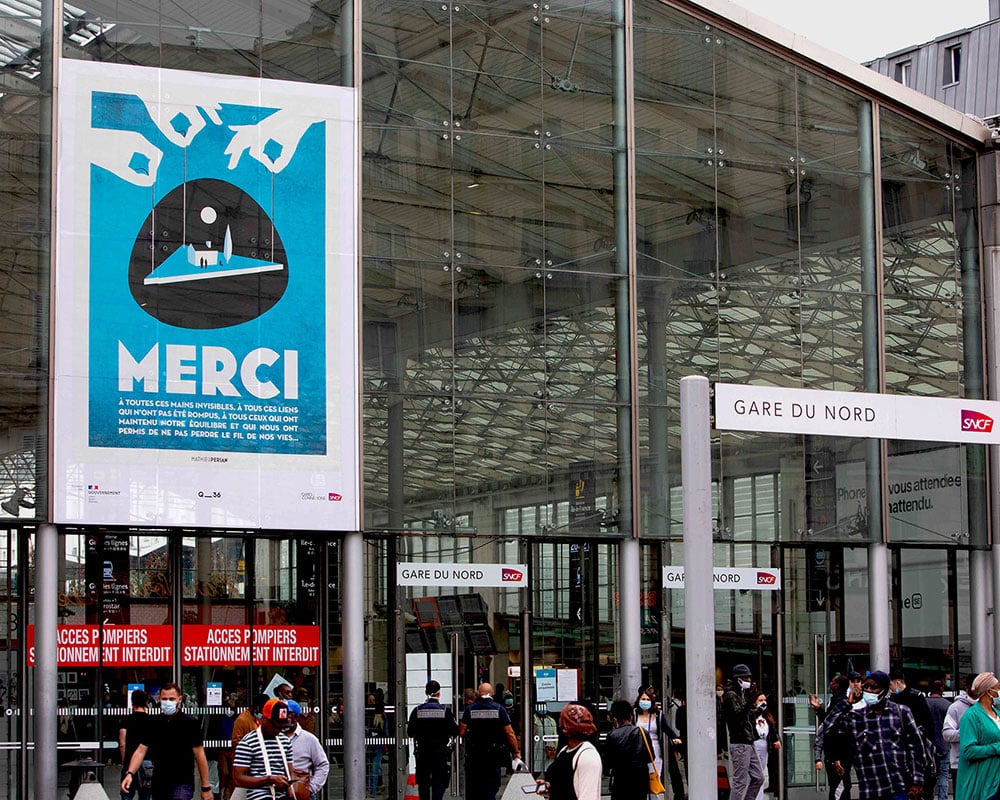 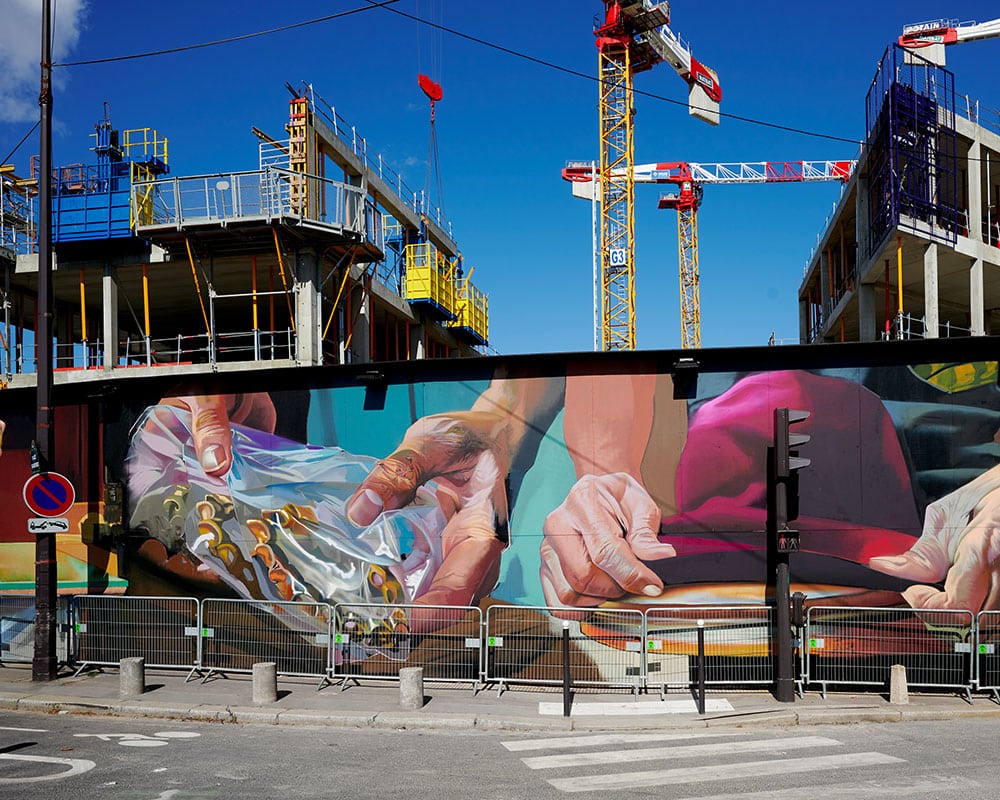 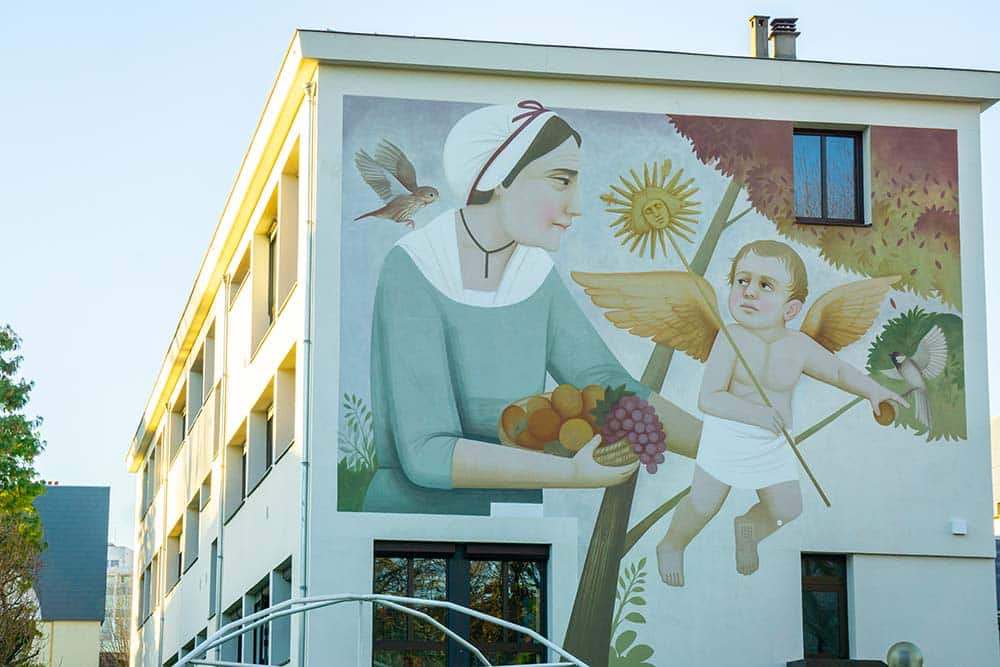